Home » Cricket » Finch backs Philippe to succeed as a finisher

Finch backs Philippe to succeed as a finisher 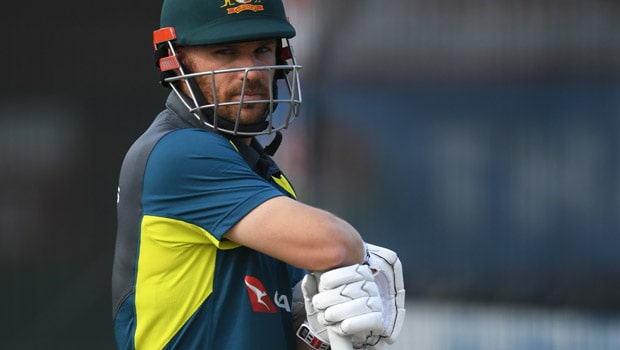 The Australian limited-overs captain believes Phillipe has the game to play as a finisher for the franchise.

The 23-year-old has earned praises from colleagues and pundits. Phillippe, a Western Australia ‘keeper-bat, has been commended by Adam Gilchrist and AB de Villiers. He is now earning the commendation of the Australia white-ball skipper as well; Finch is backing him up to play a role he has little experience in.

RCB had recorded a win in the India Premier League opener, but the main concern has been the team’s balance. Philippe had slotted in as one of the four foreign players. He would have batted for the franchise No. 6 during the opener.

In their opening game, the management was forced to pair Karnataka opener Devdutt Padikkal with  Finch as opening batsmen. This happened because De Villiers didn’t take up the gloves against SRH.

RCB’s new big-money signing, Chris Morris, missed the game due to a side strain, making the finisher’s role fall to Philippe.

Having not had enough experience in that role, he will need to adapt to it. Phillippe had in the Big Bash League played nine innings at No.6, aggregating 130 runs with a top-score of 30.

The 23-year-old also finished as BBL’s third-highest run-getter of the Sydney Sixers last season as an opening batsman. He scored 487 runs in 16 innings at a strike-rate of 130.

Having been tried in the new role, Finch believes Philippe can adapt because he is quite a talented lad. This, he also said, can make him play many roles.

Speaking ahead of RCB’s match against KXIP, he said the 23-year-old batsman can play all around the ground because he has a lot of talent and skill to do so.

When asked of his role in the team, the skipper said that would be based on the game situation and match-ups involving Padikkal.