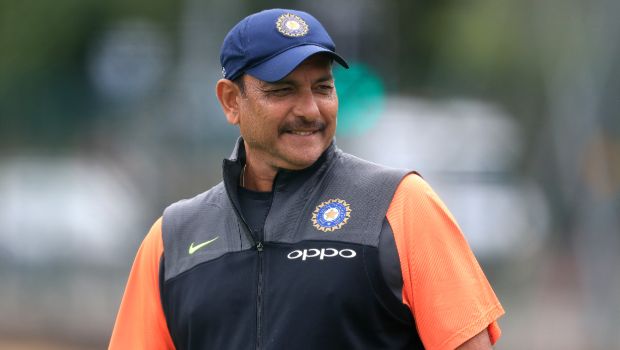 Indian head coach Ravi Shastri believes the recent break due to coronavirus is a good chance for the Indian players to recharge their batteries.

The team has been on the road since the 2019 World Cup and they have been playing continuously. The Indian team has the busiest schedule and it takes a toll on the players, who play in all the three formats of the game.

On the other hand, the Indian team was expected to play South Africa in a three-match ODI series but the first match at Dharamshala was washed out due to rain. Subsequently, it was decided to suspend the remaining two ODIs due to the outbreak of coronavirus.

The IPL was slated to begin from March 29 but it was pushed to April 15. Consequently, all the Indian players, who were training with their respective franchises, have been asked to take rest.

Ravi Shastri stated that it is a welcome break as continuous play was taking a toll on their players.

“[This rest] cannot be a bad thing because towards the end of the New Zealand tour, you could see some cracks coming up when it came to mental fatigue, physical fitness and injuries,” Shastri told Michael Atherton, Nasser Hussain and Rob Key on a Sky Sports podcast. “The amount of cricket we have played over the last ten months, that was beginning to take its toll. Guys like me, and some other guys from the support staff, we left India on May 23 for the World Cup in England. Since then we have been at home for 10 or 11 days.

On the other hand, Shastri praised Virat Kohli for leading the team from the front. The chief coach added that the captain is the boss of the team when they are on the field. Kohli has led the team with aplomb and he has been instrumental in the success of the team.

“The captain leads from the front. Yes, we are there to take off the burden – he’s not going to each player and talk to them, that’s my job; if you’ve got to pull someone up – but you leave him to do his job in the middle. The captain sets the tone and is encouraged to set the tone. In the middle, he controls the show. No coach in the world can do that.”

The coronavirus has put the cricketing world on a hold and the upcoming IPL also looks unlikely as Prime Minister Narendra Modi announced a 21-day lockdown on March 24. Ergo, the Indian cricketers are urging the people to stay at home during this tumultuous time. It is expected that it will take some time before we see them back in action.