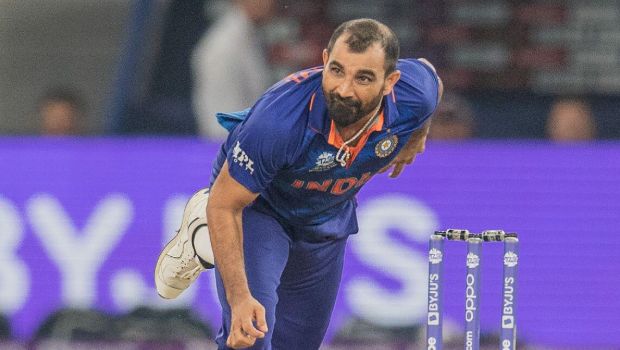 India wrapped up their One Day series against New Zealand as their bowlers were exceptional in Raipur and bundled out the visitors for only 108 in 34.3 overs and then they chased it with aplomb. It was due to tremendous bowling performance from India’s pacers and they were lauded immensely as they made the game totally one sided.

Former India cricketer Wasim Jaffer was highlightly impressed with the experienced pacer in Mohammed Shami who finished with a spell of 3/18 in six overs and bowled exceptionally in tandem with Mohammed Siraj. The duo focused on line and length and broke mayhem against the Kiwi batters who had no answers to their questions.

Jaffer hailed India’s sensational bowling in the third ODI but he reserved a special praise for Shami who was just brilliant on the day. He highlighted how both Shami and Siraj kept on bowling on the Test match corridor and allowed the ball to do the talking and it helped them immensely.

“I thought they (Mohammed Siraj and Shami) bowled that corridor length which you bowl in a Test match. They bowled that consistently. Shami bowled the length that he usually bowls. He was a little bit unlucky in the last few games. He beat the bat far too many times. But today, I thought he got what he deserved to get,” Jaffer lauded Shami as he reviewed the game on ESPN Cricinfo.

New Zealand are always known for their fighting spirit and character but here they disappointed everyone including Jaffer who was expecting a major fightback after the loss of early wickets. “Surprising to see New Zealand fizzle out like that. It was a pretty good pitch, although it wasn’t a high-scoring one. The tentativeness in New Zealand’s batters probably made India look a lot better, but Siraj and Shami, especially, bowled very well. India really outplayed them with another fine performance.”

It was a bowler’s galore for India in the third ODI against the Kiwis. Shami picked three wickets whereas both Washington Sundar and Hardik Pandya picked two scalps. Mohammed Siraj, Kuldeep Yadav and Shardul Thakur also picked one wicket each as the Indian bowling delivered a special night in Raipur.