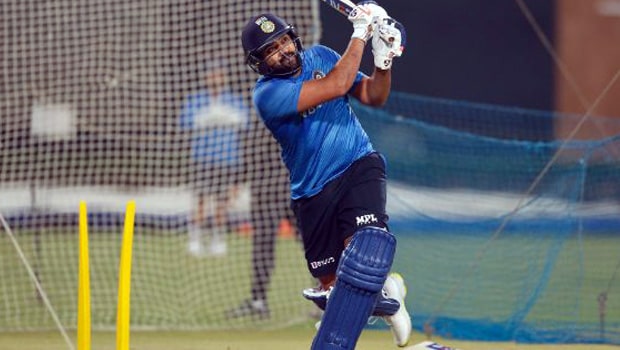 South African cricket legend and former Mumbai Indians captain Shaun Pollock recently opened up about how Rohit Sharma had been identified as a future leader of the franchise very early on in his career with Mumbai Indians. For someone his age, Rohit displayed unbelievable maturity said Pollock.

Of course, Rohit Sharma didn’t begin his IPL career with Mumbai Indians. He started his journey in the Indian Premier League with Deccan Chargers and even won the title with them in 2009 when the tournament was held in South Africa. Rohit then arrived to Mumbai Indians in 2011 and it has been his home ever since.

The flamboyant opening batsman was appointed as the captain of the franchise in 2013 and led them to their very first IPL title. Since then, he has overseen four more title triumphs as a leader and Mumbai Indians have been a wildly successful and consistent side under his captaincy.

Recently, former South African pace bowler Shaun Pollock shared his views on the young ‘Hitman’ and told Cricbuzz that he was part of the team’s selection group right from his early years with the franchise.

“We definitely identified him in the early years as a person who could be a possible captain. He was in our selection panel in the two years that I was there, in 2011 and 2012. He was very mature beyond his years in many ways. Whether he was able to do the captaincy or wanted to do it as early as he could, that was going to be the big question.

“But since he’s taken over, he has delivered five titles. He has gone from strength to strength and his performances have been great as well. He’s been fantastic for the Mumbai franchise, as Dhoni has been for CSK,” said Pollock.

Pollock also mentioned that while Rohit Sharma was able to settle into the leadership role very quickly, the presence of a legend as big as Ricky Ponting at the beginning of his captaincy also helped him immensely.

“At the time (he took over), Ricky Ponting was playing at that stage. That would have helped a little bit from the thought process perspective. He’s done fantastically well,” he added.