Fortunate to play cricket along side Virat Kohli – Kane Williamson 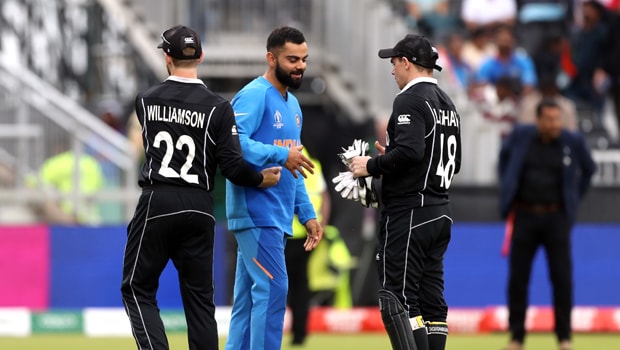 New Zealand skipper Kane Williamson considers himself fortunate to play cricket alongside Indian captain Virat Kohli. Williamson and Kohli have been playing against each other since the 2008 Under-19 World Cup which was hosted in Malaysia. Kohli had led his young brigade to glory and it was the first time when Williamson had played against Kohli. In fact, Kohli’s India had beaten Williamson’s side in the semi-final of the Under-19 World Cup.

Ergo, it has been almost 12 years and both the right-handers have taken giant strides at the International level. Both the batsmen are now considered to be the best players in the world and lead their side with aplomb. Kohli and Williamson share mutual respect with each other and they have also learned a lot while playing against one another.

“Yes, we are fortunate to play against each other. It has been great to meet at a young age and follow his (Kohli’s) progress as well as his journey,” Williamson said on Star Sports show ‘Cricket Connected’.

Both Williamson and Kohli are two great characters for the game. Kohli is shown to take the bull by its horns and he is always aggressive and he is mostly in the face of the opposition. On the other hand, Williamson is always calm and he is the epitome of sportsmanship. Williamson is known for his sedate approach and his conduct on the field is brilliant.

Williamson added that he and Kohli have shared their respective opinions on the game and their friendship has grown over the years. In fact, Kohli and Williamson were seen having a chat with each other at the boundary ropes when both of them were not playing a T20I in New Zealand.

“It’s been interesting, we’ve had to play against each other for a long period of time,” he said.

“But actually, probably over the last few years we just shared our views on the game, some honest thoughts and found some common grounds despite, perhaps, playing the game little bit differently in terms of physically and may be our on-field characters I suppose,” added Williamson.

Virat Kohli and Kane Williamson have been outstanding for their national teams. Both the players are poles apart when it comes to leading their side and they have been successful in their respective methods.

India had recently toured New Zealand where they had won the T20I series by 5-0. However, the hosts bounced back well to take the ODI series 3-0 and Test series 2-0.