Home » Cricket » Four-day Tests: A bane or the way forward?

Four-day Tests: A bane or the way forward? 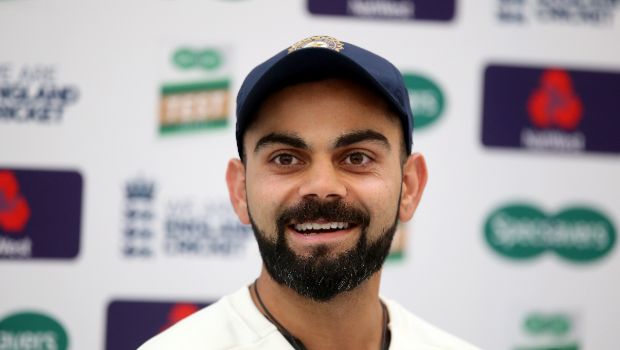 Like in many walks of life, change is a constant in cricket as well. Be it powerplays, the colour of the ball, the format in which the game is played and even what is or not worthy of another look from the third umpire. Cricket continues to modernize itself every year to ensure that the masses remain captivated by this grand old sport.

Recently, one of the laziest suggested solutions to revolutionize cricket has been to reduce the duration of Tests. The biggest fallout of the success of the T20 juggernaut has been the repeated attempts to make games shorter, thereby, more exciting and more importantly, a smaller commitment for the fans. The T10 leagues and ‘The 100’ and the many spin-offs of T20 cricket continue to pop-up on what seems like a monthly basis, as rebels hunt for cricket’s next money-minting format.

What has stayed unscathed, though, is the sanctity of Test cricket. While the printed jerseys and the switch to a day-night format has ushered in a new era in the format, the principle of two teams battling it out for five days has remained intact until now. The International Cricket Council (ICC) has been flirting with the idea of four-day Tests for a number of months. Much like every other format, cricket’s governing body is exploring ways to make its longest format a bit more glamourous and gripping, and their solution is the only one they know – shorten the action.

The large majority of those that are against the idea of chopping a day off the game’s longest format have formed their opinion on the assumption that the proposed format would get rid of an entire day of play. However, that is far from the truth. The new format will add eight more overs each day, meaning that the three sessions will have 98 overs of action collectively as opposed to the 90 now. That would amount to a match being 392 overs long instead of 450, a loss of 58 overs of play.

While 58 overs are still a substantial loss, evidence suggests that it wouldn’t affect results as much. In fact, since the start of 2018, over 60 matches have finished within four days or fewer, proving to be a precedent of sort to make the move to four-days. The statistics for Day-Night Tests are even more damning. Off the 14 D/N Tests so far, only five have gone to Day 5 with none of them requiring more than 392 overs.

A four-day Test might prompt captains to declare early and force a result, as opposed to piling up runs and eliminating the possibility of a successful chase. A shorter Test will undoubtedly produce tighter fixtures and thereby a better product. And while the odds of a draw are slightly elevated by the loss of 58 overs, pitch curators might produce a more competitive track for matches to enrich the quality of matches.

While the sanctity of Tests would certainly be hurt by this move, the game will thrive. And while the emotional adjustment might be a tough pill to swallow, the pros far outweigh the cons of four-day Tests.