Home » Cricket » From Architect to donning Indian jersey, it has been some journey: Varun Chakravarthy after making his T20I debut

From Architect to donning Indian jersey, it has been some journey: Varun Chakravarthy after making his T20I debut 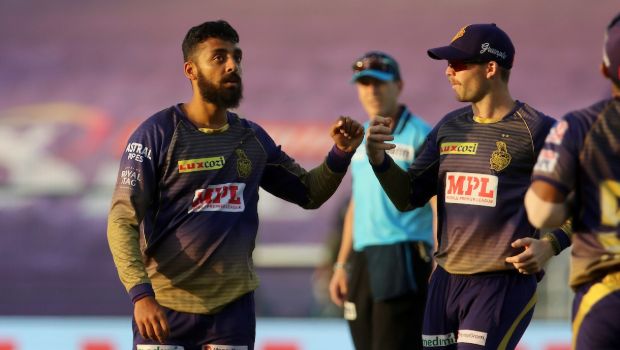 It has been a roller coaster ride for Varun Chakravarthy. The spinner from Tamil Nadu was an architect by profession and decided to give up his job to pursue his dream of becoming an International cricketer for India.

That dream was fulfilled when Chakravarthy finally made his debut for the Indian team in the first T20I against Sri Lanka.

The mystery spinner scalped one wicket and conceded only 28 runs in his four overs and thus made a fine debut for the national team. In fact, Chakravarthy was picked for the Australia tour but an untimely shoulder injury ruled him out of the action. Furthermore, he was also selected for the England series but he could not clear the fitness test and was left out of the squad.

Chakravarthy finally got a chance to make his T20I debut and he was able to grab the chance with both hands. It is not easy to pick Chakravarthy and he can bamboozle the opposition batsman with his skills and guile.

Chakravarthy wrote in his Twitter post, “It’s been some journey from wearing a formal shirt (Architect) to donning the INDIAN jersey..with little highs & many lows, but the journey has been very beautiful than the destination, will keep marching ahead irrespective of the results.Thank you all. The journey goes on.”

On the other hand, former Indian batsman VVS Laxman heaped praise on Chakravarthy as he stated that the mystery spinner has got X-factor as it is not easy to read him of the hand. The KKR spinner has bamboozled the best in the business and he will look to continue the good show.

The second T20I between Sri Lanka and India will take place at R. Premadasa International Cricket Stadium, Colombo on Tuesday.