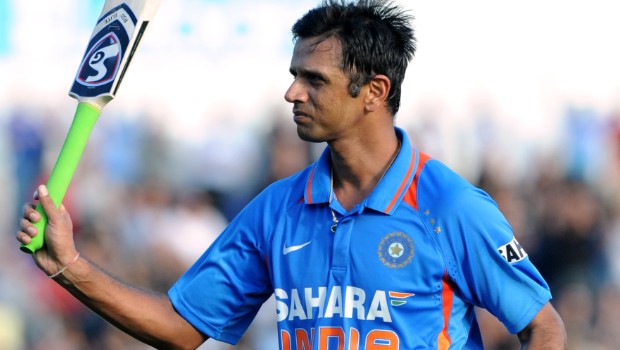 Former Indian opener Navjot Singh Sidhu once famously said, “Rahul Dravid is a player who would walk on a broken glass if his team asks him to”. Dravid always wanted to contribute to the team’s cause and he would be up for any challenge. In fact, the wicket-keeping was not his forte but he was known to go any extent to help the team’s combination. As Harsha Bhogle also said, ‘He was a wolf who lived for the pack’.

Before India found a gem in MS Dhoni, no wicket-keeper was permanently able to seal his place in the side. Dravid even kept the wickets in the 2003 World Cup so that the team could play an extra batsman in the side.

The former Indian skipper also said yes to opening in Test matches on occasions and there was no word like ‘no’ in Dravid’s dictionary if the question was about the team. He would be the first man to have his hand up and say ‘I will do the job’.

Former Indian batsman VVS Laxman heaped praise on his former batting partner, Rahul Dravid. Laxman wrote in a Twitter post that Dravid was the game’s most committed student and he was the ultimate team man.

Laxman added that Dravid did justice to all the roles with full dedication and gave his 100% in the field.  The former Hyderabad batsman feels Dravid was in a position to say ‘no’ but he never did that and performed all the roles with diligence.

Unconventional and fiercely proud, @SGanguly99 wore his heart on his sleeve. And, sometimes, bared it too! Empowering youngsters who went on to do wonders for the country was credit to his great leadership qualities. pic.twitter.com/wCVuRctqPD

Laxman wrote in his Tweet, “The game’s most committed student, Rahul was the ultimate team man, responding to every challenge with complete dedication. Despite being in a position to say ‘no’, he not only kept wicket in white-ball cricket and opened the batting in Tests, but did so with utmost diligence”.

Meanwhile, Rahul Dravid and VVS Laxman shared some great partnerships with each other. Both of them had put on 376 runs against Australia in the famous Kolkata Test. The duo once again stunned Australia in the Adelaide Test of 2003 and added a gargantuan alliance of 303 runs.

The linchpin pair scored 4065 Test runs collectively in 86 innings at an impressive average 51.45. Dravid-Laxman added 12 century stands and 14 half-century stands in the Test fold and they are the 10th most successful duo in the red-ball version.