Garg reveles how he learnt the art of captaincy from Dhoni 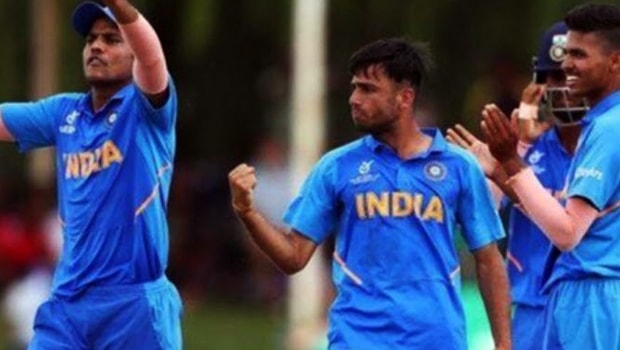 India under-19 captain, Priyam  Garg, has revealed that he has learned the art of captaincy from veteran cricketer, Mahendra Singh Dhoni.

Dhoni is yet to return to action after recovering from injury. The Chennai striker player was about to make his comeback in the India Premier League after an injury, but the competition was suspended due to the coronavirus pandemic.

Garg, who is from Meerut, led the Indian under 19 team at the 2019 Under-19 World Cup, where they got to the final before losing out to closest rival, Bangladesh.

Priyam, who is known for his calm and composed demeanour revealed that he has never met Dhoni before but has learned a lot from the world cup winning captain.

Garg showed his leadership skill in the final by showing no panic, though after Bangladesh restricted India to 177. Bangladesh was on the back foot at 106 for six but regained momentum after their captain Akbar Ali got them back on track.

The leader of the young lad was there for his teammates by controlling his emotions. He went up to encourage them by telling them to chin up, adding that they are the best.

The 19-year-old who said watching his Dhoni’s cricket videos has motivated him a lot, has a collection of Dhoni’s match-winning and best knocks collections.

Having watched those since he decided to be a cricketer, he honed his captaincy and batting under pressure skills from the 2011 ICC ODI World Cup-winning captain.

Speaking with Timesofindia.com in an exclusive interview, Garg described Dhoni as his idol and inspiration, Garg revealed that he followed his footsteps in batting or captaincy.

He said before the Dhoni era, India was losing five wickets for under 100 runs. But after taking over the baton of leadership,  Dhoni took the team over 250.

Garg pointed out that his knocks against Pakistan will always remain his favourite. He further stated that the veteran is capable of taking the match deep and then shift gears.

He said it is mind-blowing on how Dhoni judges the loose deliveries and get the boundaries. He added that Dhoni’s ability to run between the wickets is far superior to any player in the world, and he still marvels at him to be fit at his age.