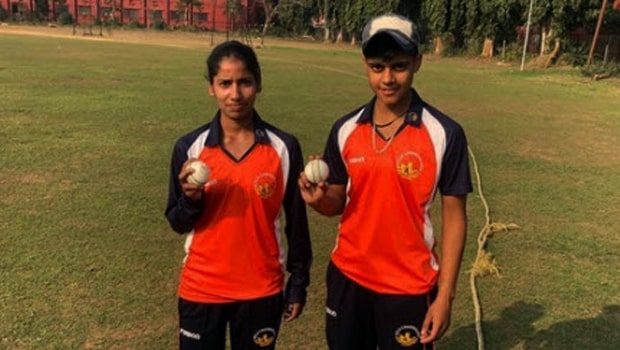 Medium-pacer, Kashvee Gautam, has put her name in the record books by taking all the ten wickets against Arunachal Pradesh for her team, Chandigarh, in the ongoing Women’s U-19 One-Day Trophy in Kadapa, Andhra Pradesh.

According to reports, the 16-year-old doesn’t like bowling against female cricketers in her academy at the Government Model Senior Secondary School. She derives more joy dismissing boys.

This showed when she got the ten wickets to haul for Chandigarh medium-pacer on Tuesday after taking seven in her previous match against Jammu and Kashmir.

Her records of 63 wickets this season is highly commendable, showing that she is in red-hot form for Chandigarh. She had 31 in nine matches, which included four five-wicket hauls.

With this feat, she is the one topping the chart of wicket-takers in the women’s U-23 One-day trophy.

How was she discovered? All thanks to Sanjay Dhull, a former Punjab Ranji Trophy cricketer, who spotted her while playing gully cricket with the boys in Sector 37.

Speaking with TOI after achieving the feat, Kashvee said she tried to bowl wicket-to-wicket, having learned the skill after watching the videos of Jhulan Goswami, who inspired her.

While stating Goswami’s height helps her extract a lot of bounce, she admitted not being tall as but added that she relies on her accuracy to dismiss batters.

While aiming to complete the season with 100 wickets, she said he is a natural in-swing bowler who makes most of her wickets to be either leg before the wicket or bowled.

Kashvee, who made her debut three years ago for Punjab U-19 aged 13, said getting the wicket of a boy shut them down forever as they will stop bullying girls.

Yesterday Kashvee’s accuracy was top-notch as all her wickets were either leg before the wicket or clean bowled.