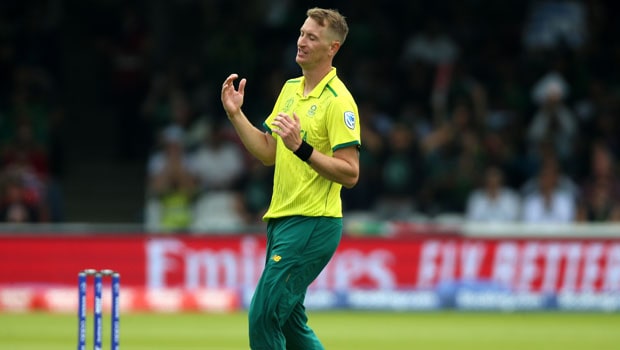 Former Indian opener Gautam Gambhir is not at all impressed with Royal Challengers Bangalore’s move to release South African all-rounder Chris Morris before IPL 2021 auction. In fact, RCB had brought Chris Morris in IPL 2020 auction for a whopping amount of INR 10 crores.

Morris had straight away created an impact in IPL 2020 with the ball for the franchise. The towering fast bowler scalped 11 wickets in nine IPL 2020 matches at an impressive average of 19.09. Furthermore, Morris had conceded his runs at an economy rate of 6.63. However, Morris couldn’t deliver the goods with the bat as he managed only 34 runs in five innings.

Thus, it was surprising to note when RCB decided to let go Chris Morris before the 14th season of the league. In fact, Morris had missed the first few matches of IPL 2020 due to an injury and Gambhir feels the franchise could have told him to work on his fitness.

Meanwhile, after releasing Chris Morris, it is expected that RCB might look to bring in Cameron Green, who impressed one and all against India in the Border-Gavaskar series.

“The biggest positive for RCB is that they have retained Mike Hesson and Simon Katich because I even had a doubt that they might release them as well. I don’t think Cameron Green has the experience of Chris Morris. Yes, you might have seen Cameron Green bowling at 135-140 kph but IPL is a completely different beast,” said Gambhir while talking to Star Sports Cricket Connected.

“For me, it would have been correct because you will not have an all-rounder like Chris Morris available in the market. How many like him do you have – Ben Stokes, Hardik Pandya and the franchises will never release these players. So, they could have stayed with Chris Morris for one more year and worked on his fitness,” observed Gambhir.

It is noticed in the past that RCB haven’t been patient with their players and the players they have released have gone on to perform better for the other franchises. Players like KL Rahul, Chris Gayle, Shane Watson are some of the examples.

Gambhir understands that it makes sense to release Aaron Finch as the Australian limited-overs captain wasn’t able to deliver the goods despite getting a lot of chances in IPL 2020. Finch had scored 268 runs in 12 matches at a paltry average of 22.33. The former left-hander feels RCB will go for players like Mitchell Starc and Glenn Maxwell.