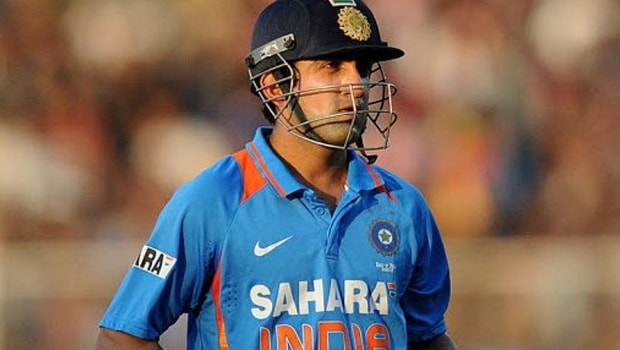 Former Indian opener Gautam Gambhir has picked Sachin Tendulkar as a better ODI batsman than current captain, Virat Kohli. Sachin Tendulkar and Virat Kohli are often compared with each other and the cricket pundits have their own choices. For Gambhir, the laws in which Tendulkar played were more difficult than the modern era in which Kohli is dominating like a king.

In the modern era, two new white balls are used (one from each end), which takes away the reverse swing chance from the bowlers as the ball used to come back into the batsman when it used to be 30 overs old. However, only 25 overs are now bowled with each ball.

However, when Sachin was playing, there used to be only one ball and thus the reverse swing came into action. Moreover, five fielders were permitted outside the circle after the powerplay restrictions were lifted during Sachin’s halcyon days.

Gautam Gambhir said on Star Sports show Cricket Connected. “Sachin Tendulkar, because probably with one white ball and four fielders inside the circle, not five fielders outside, it will be Sachin Tendulkar for me. It’s difficult because Virat Kohli has done phenomenally well but I think the rules have changed as well, which has helped a lot of new batters,” he explains.

Gambhir who is not known to mince words added that the current conditions are easier for the batsman to score more runs. Consequently, we have seen that many batting records have been smashed in the last five years.

“The new generation, with two new balls, no reverse swing, nothing for the finger spin, five fielders inside for the 50 overs, probably that makes batting much easier”.

“Look at how Sachin Tendulkar has played, different rules, that time 230 to 240, was a winning total. Probably I’ll go with Sachin Tendulkar if we see the longevity and flow of the one-day cricket format,” he said.

In fact, during Tendulkar’s era, scores around 250 used to be a par total. However, targets in excess of 300 are also chased with ease in the current time. A lot of credit also goes to T20 format, bigger bats, flat pitches and the change in rules have tilted the game in batsman’s favour.

On the other hand, Sachin Tendulkar and Virat Kohli are one of the most consistent batsmen of the game. Tendulkar scored 100 centuries in his illustrious career whereas Kohli has already scored 70 hundreds. Ergo, Kohli is expected to leapfrog his idol if he keeps going at the same rate.