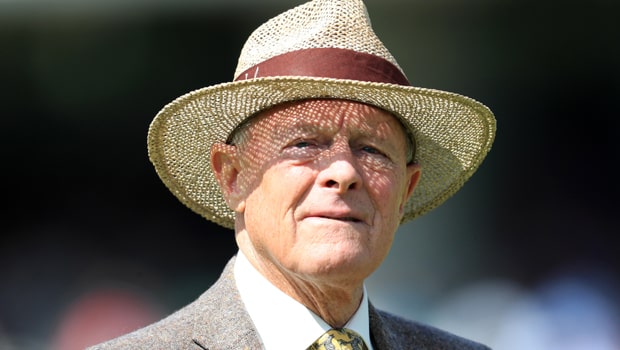 Mohammed Siraj has witnessed quite a fairytale run in his career over the last year or so. He went from being a fringe bowler who was often ridiculed for conceding runs by the bucket to becoming a completely different cricketer, one who has catalyzed historic victories from India at The Gabba and the Lord’s.

In the second Test against England, Mohammed Siraj picked up eight wickets, including four on the final day to completely rout the opposition batting order. That was the best spell of his career as India went on to win the Test by 151 runs and took a 1-0 lead in the series.

Siraj’s aggression and passion has been a major highlight of his bowling and former England captain Geoffrey Boycott has been thoroughly impressed by him. He also advised the Indian team management not to curb his aggressive instincts.

“I like Siraj. He is full of energy. No one should tell him to curb anything. Let him flourish in his own way. He’s an asset for India, although he is fairly new,” Boycott told mid-day from the UK.

Meanwhile former Pakistan captain also echoed similar sentiments but mentioned that India’s Mohammed Siraj and New Zealand’s Kyle Jamieson are in a different league altogether. “All three are talented pacers but I don’t feel Robinson is in the same league as (Kyle) Jamieson and Siraj. If he comes to India or goes to Australia for The Ashes, he might not be as effective. He doesn’t have that pace and is likely to struggle with the Kookaburra ball. In English conditions, he is effective because the ball moves around but otherwise, I don’t think he will be a threat,” remarked Butt.

Geoffrey Boycott went on to praise the Indian bowling attack but added that they still missed Ravichandran Ashwin during the Test at Lord’s. “India have got a beautiful attack now. I would like to have Ravichandran Ashwin in the team. Two top-class spinners and three pacers should be my choice of attack,” said Boycott.

The former England captain was also heavily critical of the English batting unit. “I am worried about the English batting line-up. Even my mum could bat better than the top three batters. It’s very sad. Lack of technique is the main reason,” said Boycott.

England went on to exclude Dom Sibley and Zak Crawley from the side after their disastrous outings at Lord’s. Dawid Malan has been included in the Test side of England for the first time in three years.