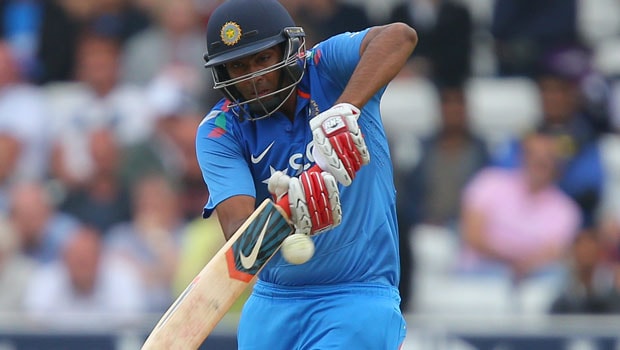 Indian spinner Ravichandran Ashwin recalled the incident when he was dropped from Chennai Super Kings final XI in the IPL 2010. Ashwin added that he thought bowling in a Twenty20 game was easier as compared to bowling in a first-class match. However, Ashwin’s confidence was shattered when he was taken to cleaners by Robin Uthappa and Mark Boucher.

Ashwin said he went for 40-45 runs in his quota of four overs and the two bad games led to his exclusion from the side. The off-spinner who was in nascent stages of his career at that time, thought CSK coach Stephen Fleming didn’t put his weight behind him.

“People thought that I think highly of myself but the flattening of the curve happened when I played in the IPL. It was like a slap in the face like ‘listen boss you are not even here’.

“I thought bowling in a T20 game was much easier than bowling in a first-class game,” Ashwin recalled while talking to Sanjay Manjrekar on ESPN Cricinfo podcast.

Ashwin went on to scalp 13 wickets in 12 matches of IPL 2010 as Chennai Super Kings clinched their maiden IPL title in that season.

Meanwhile, Ashwin conceded 40 runs in the match against RCB when he was taken apart by Robin Uthappa. The right-hander went on to score 68 runs and CSK lost that match by 36 runs.

“Robin Uthappa and Mark Boucher taught me harsh lessons as I bowled 14th, 16th, 18th and 20th over at RCB. That youth in me never told me that it was a challenge. I found it as an opportunity to pick wickets.

“I didn’t get wickets but went for 40 or 45 runs and put my team into a hole as the next game went into Super Over and we lost it and I was dropped from the squad. It felt like a hard slap,” the Tamil Nadu spinner said.

Subsequently, Ashwin was dropped from the CSK squad after taking a beating and then had to see CSK in action on TV as he didn’t travel with the team. Ashwin also shared his disappointment that CSK coach Stephen Fleming didn’t have a chat with him.

However, Ashwin was able to turn the tide in his favour. Ashwin played for CSK till IPL 2015 and then went on to play for Rising Pune Supergiant for two seasons. In IPL 2018, he was not retained by CSK and thus he went to lead Kings XI Punjab for two seasons. He will represent Delhi Capitals in the upcoming season of the IPL, if it happens.

Ashwin has played 139 IPL matches in which he has scalped 125 wickets and he has conceded his runs at an impressive economy of 6.79. Meanwhile, Ashwin is still Chennai Super Kings’ second highest wicket-taker behind Dwayne Bravo as he snared 90 wickets in 97 matches while playing for the club between 2009-2015.