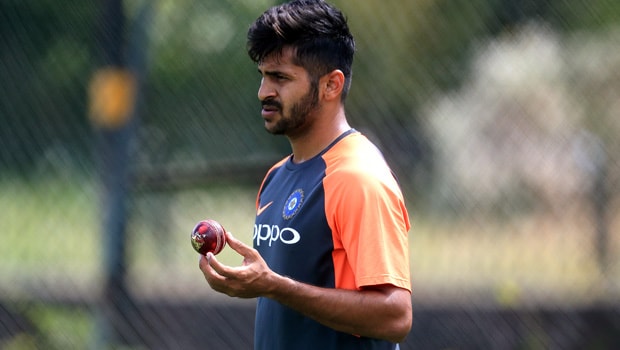 Shardul Thakur has been a part of the Indian white-ball setup for a few years now but the good form of other bowlers and his inconsistency has consistently seen him going in and out of the squad. However, he made the most of his opportunities in the final ODI of the three-match series against Australia on Wednesday, as he returned with a three-wicket haul which included the precious wicket of Steven Smith as well.

The 29-year-old went on to say that he relished bowling to Smith and revealed his game plan as well.

“Everyone wants to win. The plan was to bowl on stumps. He is their top player, getting him early was huge,” Thakur said in the post-match press conference.

“Important was to bowl our lengths consistently. The Australian have played a lot of cut and pull shots. I just tried to keep them off those shots and made them play straighter and it worked for me. The difference in this game was using more variations. The grounds are big. So you have to be smart enough to execute your plan, where you want batsman to play their shots. The wickets were good to bat so more important for bowlers to use variations smartly, execute the plan ball-by-ball. That was the key,” he added.

Since his international debut in 2017, Thakur has gone on to represent India in only 27 white-ball games out of which 12 have come in the ODI format. When asked about whether the lack of chances frustrate him, Thakur responded negatively.

“The selection is not in my hands. It is important is that I try to win games for India whenever I play. That is my mindset,” he said.

“I play to win. I don’t think that I am getting just one match or I am playing as a replacement of an injured player. Once you are on ground, all players just focus on wining matches.”

India will now take Australia on in a three-match T20I series starting on December 4 but Thakur isn’t a part of it, and the Indian pacer isn’t worried about that at all.

“The team was selected long back. I was not part of the T20 squad, so I was not thinking about it.”