Glenn McGrath picks Pat Cummins as the most complete bowler 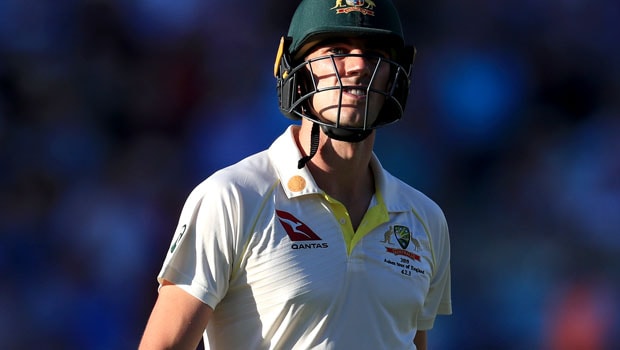 Former Australian legendary fast bowler Glenn McGrath has selected Pat Cummins as the most complete bowler. Cummins has ticked the right boxes in the last couple of years and has done a fine job for Australia, especially in the Test fold. The gun pacer has a smooth action and he constantly breaks the 145 kmph barrier on the speedometer.

The ace fast bowler hardly gives an inch to the opposition batsmen and he is always right on the money with his line as well as length. The right-arm pacer from New South Wales is known to hit the hard length and there are no largesse on offer when he is bowling.

Cummins has been a consistent performer for Australia as he has scalped 143 wickets in 30 Test matches at an impressive average of 21.83. Ergo, he has been instrumental in the success of the team and he is the number one Test bowler in the world.

Pat Cummins had also played a major role in Australia retaining the Ashes in 2019 as he was the leading wicket-taker with 29 wickets in five Test matches. McGrath, who was a force to reckon with during his heydays, added that he likes the way Cummins goes by.

“Pat Cummins. I like the way he goes by,” Glenn McGrath told ESPNCricinfo when he was asked who is the most complete bowler in the world, while answering 25 questions.

Meanwhile, Pat Cummins has also done well in the ODI format as he claimed 105 wickets in 64 matches. Cummins had a dream 2019 as he had snared 99 wickets in the year in all the three forms of the game. The right-arm pacer has scalped 36 wickets in 28 T20I matches at an average of 19.86. Cummins had become the most expensive overseas player in IPL 2020 auctions when he was bought by Kolkata Knight Riders for a whopping amount of INR 15.50 crores.

On the other hand, Glenn McGrath picked Brian Lara over Sachin Tendulkar as the toughest batsman he ever bowled to in his illustrious career. McGrath also added the trio of Sachin Tendulkar, Brian Lara and Rahul Dravid will be the dream hat-trick for him.