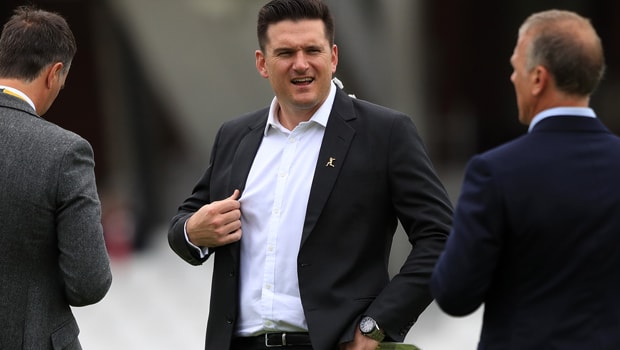 BCCI president Sourav Ganguly has been given the backing by Cricket South Africa (CSA) director of Cricket Graeme Smith to take over the ICC chairmanship after the end of Shashank Manohar’s term this month.

Also supporting Ganguly is his CEO Jacques Faul, who backed up Smith’s comment. He said they won’t mind having an Indian as head of ICC.  He said for this to happen, they will need further support from their top bosses.

This open support has brought a new twist to the battle for the number one spot. Before Ganguly came into the frame, England and Wales Cricket Board’s former chairman Colin Graves being has been touted as the favourite.

There is a possibility of extending Manohar’s tenure for two months due to the coronavirus pandemic.

Speaking with reporters on Thursday, Smith said from his country’s perspective; it would be great to see Ganguly holding the top role.

Smith, who was the former Proteas skipper believes Gnaguly’s choice would be good for the modern game, adding that the former India skipper understands it and has played it at the highest level.

He also stated that he is highly respected, and his leadership will be vital in moving ICC forward.

Smith’s support is coming on the backheel of former England captain David Gower’s comments on Ganguly. Gower said that Ganguly has the right political acumen to become the ICC president.

Smith further stated that leadership in cricket would be key going forward, and it is possible when ICCC has someone that understands the challenges of the modern game as its chairman.

He said more people who understand this have to been occupying key positions as well going forward.

He also explained that he is rooting for Ganguly because he has known him for a long time, and the top seat of the ICC is a very crucial position that someone like him should be occupying because he knows how the game can progress.

Meanwhile, Ganguly is not ready to reveal his plans since he is technically the BCCI president, whose tenure ends in June due to the new constitution.

He has, therefore, been keeping a low profile. It is hoped that he will eventually come out to declare his interest in the seat.