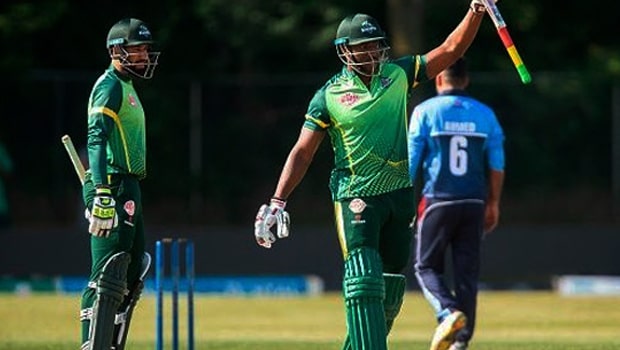 Match overview: Defending Champions Vancouver Knights will take on Toronto Nationals, a side which finished right at the bottom of the points table last year, in the first match of the 2019 edition of the Global T20 Canada on Thursday.

The Knights had dominated the entire league stage last season. They had finished at the top of the points table with a total of nine points in six matches. Although they stumbled a little bit in the playoffs, when they went down to Cricket West Indies B team by just six runs in the first match, they edged past the Winnipeg Hawks by 13 runs (D/L method) in the third match of the playoffs to go straight into the finals. They were up against Cricket West Indies B team once again in the finals and they were wary of them as they had already lost to them once. However, the Knights produced a much more clinical performance this time around as they restricted them to a paltry total of 145 runs first and then chased down the target with seven wickets in hand, riding on Saad Bin Zafar’s unbeaten 79 off just 48 deliveries. Thus, they were crowned the Champions of the inaugural edition. (Click for more West Indies cricket news)

The Knights have revamped their squad this year. Although the likes of Chris Gayle, Andre Russell and Saad Bin Zafar still remain, they have been bolstered by the addition of players like Rassie van der Dussen and Shoaib Malik. Sydney Thunder all-rounder Daniel Sams is also a very good addition whereas Kiwi international Tim Southee brings much needed experience in the bowling department.

The Toronto Nationals, on the other hand, had a forgettable season as they finished at the bottom of the table with only two wins in their six matches. Interestingly, the first match of the previous edition was also played between these two sides and Toronto were victorious by six wickets as they chased down a massive target of 228 runs riding on Anton Devcich’s unbeaten 92 off just 44 deliveries.

Toronto did have the spark in terms of their batting last year but their bowling let them down. This year, however, they have bolstered their bowling unit by signing Kiwi international Trent Boult and Nepali superstar Sandeep Lamichhane. Team India pace recruit Manpreet Gony and Australian bowling all-rounder Chris Green will add much needed stability to the department as well. However, Toronto’s biggest attraction this year is the signing of Indian legend Yuvraj Singh. Apart from drawing a huge India cricket fan base based in Toronto, the team will expect returns from him with both bat and ball. They have retained Kieron Pollard from the previous edition and they would be expecting him to deliver as well.