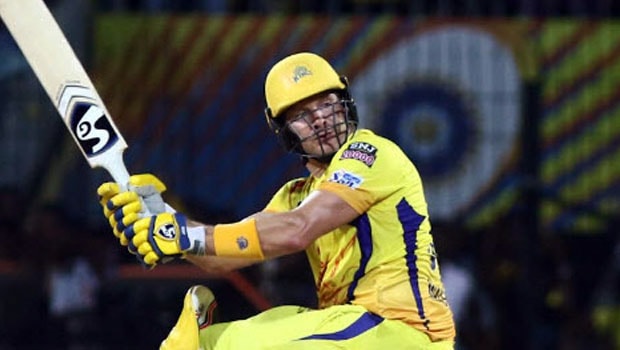 Chennai Super Kings opening batsman Shane Watson had all but taken his team to their fourth IPL title back in IPL 2019. Watson, who wasn’t in the best of forms throughout the tournament, finally delivered in the all-important final against arch-rivals Mumbai Indians.

MS Dhoni-led side was chasing 150 and Watson almost single-handedly took his team over the line. The former Australia batsman scored 80 runs off just 59 balls with the help of eight fours and four maximums. However, he was run out in the final over and could not add the finishing touches.

During the knock, Watson had badly injured himself. He had suffered a cut on his knee and the blood was palpable on his trousers when he was batting out in the middle.

In fact, Watson added that he was so focussed in the match that he didn’t even notice his injury. The strongly built Watson claimed that he came to know about the injury when he was walking off the field after his dismissal.

“I had absolutely no idea that had occurred. It wasn’t until actually when I was walking off after I had run myself out in the last over and stuffed it for CSK (laughs). The chance to win another final. So I was walking off and I saw blood and a cut,” Watson told CSK social media handles during a video chat.

Meanwhile, it was later revealed by Shane Watson’s teammate, Harbhajan Singh that the opener had to take six stitches on his left knee. Watson recalled that the injury had happened when he dived to make his ground while running between the wickets.

“It cut through my pants. I thought it must have been because of my dive. But it wasn’t actually till the next day when my wife mentioned ‘there was blood on your pants’ like it was before that. There might have been some dive or dodgy run or whatever in the first few overs where I might have dived,” Watson said.

Watson scored 398 runs in 17 matches of IPL 2019 at a paltry average of 23.41. The right-hander was not at his best in the league stages but MS Dhoni and Stephen Fleming had kept their faith in the all-rounder.

The linchpin finally came good in the final but Mumbai Indians was able to win by the skin of their teeth. Watson is a big-match player and he had scored a blistering 117 off just 57 balls in the final of IPL 2018 against Sunrisers Hyderabad.