Home » Cricket » Had you come earlier, we could have won the series – MS Dhoni to Jasprit Bumrah on ODI debut

Had you come earlier, we could have won the series – MS Dhoni to Jasprit Bumrah on ODI debut 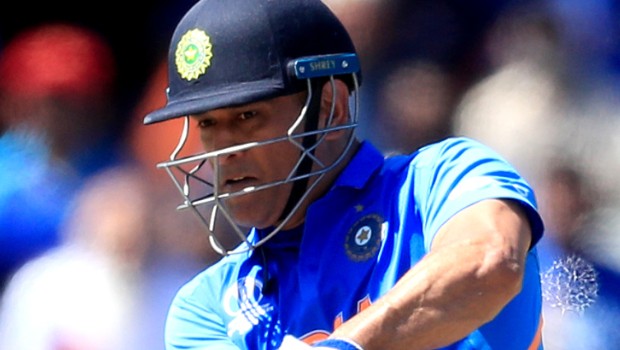 Jasprit Bumrah was a late entrant on the Australian tour back in 2016. MS Dhoni, was the team’s captain at that time and he had never seen Bumrah in action. In fact, the five-match ODI series was done and dusted as Australia had already taken an unassailable lead of 4-0.

Australia went on to post a gargantuan total of 330-7 at the Sydney Cricket Ground, courtesy centuries from David Warner and Mitchell Marsh. All the Indian bowlers took the beating, except Ravindra Jadeja and Jasprit Bumrah. The debutant was the pick of the bowlers as he scalped two wickets and conceded only 40 runs in his quota of 10 overs.

In fact, Bumrah had asked Dhoni what kind of balls he should bowl in the death overs. When Bumrah asked Dhoni that should he bowl yorkers, the Indian captain was not confident as he had not seen much of the rookie pacer.

Bumrah was right on the money with his yorkers and delivered the goods in his maiden match. Dhoni was all impressed by Bumrah’s execution and told him that they could have won the series had the pacer arrived earlier in Australia.

India went on to win the match after Manish Pandey scored a fine century after a good start from Rohit Sharma and Shikhar Dhawan.

“Well, it was his decision, and everybody respects it,” Bumrah told Times of India about Dhoni’s retirement from international cricket. “At a personal level, I made my debut under him and he gave me a lot of confidence. Not many people know that Mahi bhai had never seen me bowl, at any level. In my debut game, I was going to bowl in the death overs and I asked him ‘can I bowl yorkers?’ and he was like ‘no, don’t bowl yorkers’. He thought since it was a difficult delivery, I wouldn’t be able to pull it off.

“I told him ‘in death overs, I don’t know what else to do’. So, anyway, I went ahead and did my thing and then he came to me and was like “I didn’t know this at all. You should’ve come earlier, we would’ve won the whole series”. Here was me, making a nervous debut and the captain telling me “you could’ve won us this series”. He gave me a lot of freedom.”

Jasprit Bumrah is currently one of the best bowlers in the world and he has shown all the promise to go a long way in his career. Bumrah has had a great start to his career and he would aim to continue the good work going.

Interestingly, before making his International debut Jasprit Bumrah had castled MS Dhoni in a Vijay Hazare fixture between Gujarat and Jharkhand.

Meanwhile, Jasprit Bumrah has learned a lot while playing under the leadership of MS Dhoni. The former captain gave the freedom to the gun fast bowler and he was able to get the best out of him.

Bumrah will be up against MS Dhoni when Mumbai Indians take on Chennai Super Kings in the opening match of the upcoming season of the IPL 2020 at Sheikh International stadium, Abu Dhabi.