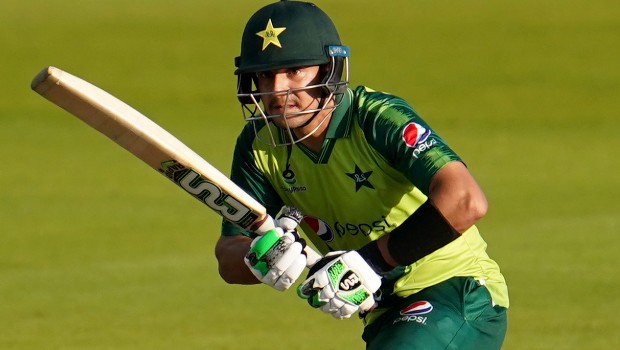 Pakistan’s young talented batsman Haider Ali registered his name in the history books as he became the first Pakistan batsman to score a half-century on T20I debut in the third T20I against England at Old Trafford, Manchester. The 19-year old prodigy batsman also became the first Pakistan batsman to score most runs on the T20I debut as he scored a fine knock of 54 runs off just 33 balls with the help of five fours and two sixes.

Ali had impressed one and all with his batting skills in the 2020 Under-19 World Cup. In fact, Haider Ali’s role model is India’s limited overs vice-captain Rohit Sharma, who had also scored a half-century on his T20I debut against South Africa at Durban in the 2007 T20 World Cup.

Meanwhile, Pakistan was able to salvage a draw in the three-match T20I series as they won the final match by five runs. The visitors posted 190 runs on the board after Eoin Morgan won the toss and elected to field first.

The tourists didn’t have a perfect start as they lost the wicket of their opener Fakhar Zaman. Soon the Pakistan captain Babar Azam was dismissed and the visitors were 32-2. However, the in-form Mohammad Hafeez was able to add 100 runs partnership with Haider Ali.

Hafeez, who had scored a fine fifty in the second T20I, scored his second consecutive fifty. Thus, the veteran batsman was also awarded the Man of the series.

On the other hand, England also got off to a bad start as Jonny Bairstow and Dawid Malan were dismissed early. Tom Banton continued his good form going but was dismissed after scoring 46. Moeen Ali scored a fine knock of 61 runs but England felt five runs short in the end.

England will next take on Australia in three T20Is and as many ODIs. The first T20I will be played on 4th September.