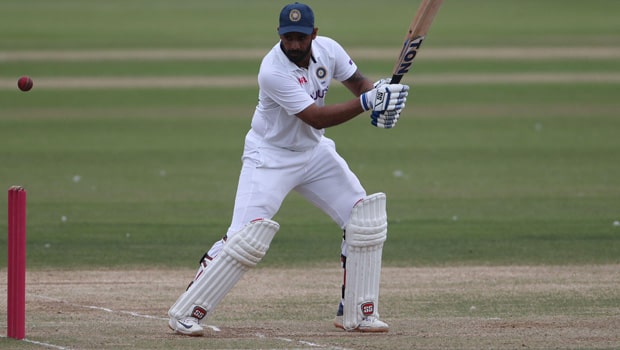 As Team India slowly starts to gear up for the Test series against South Africa away from home, plenty has been said about the makeover of the team and what it should look like. India have never won a Test series in South Africa and now is as good a time as any given the side’s sensational exploits in Australia and England.

Shreyas Iyer was the rising star in the recently held two-match Test series against New Zealand in India. Iyer became the first Indian male cricketer to score a century as well as a fifty in both the innings of his debut Test and he seems to have cemented a place for himself in the middle-order.

This could prove to be harsh on Hanuma Vihari who has always done well for the team when given an opportunity. Funnily enough, Vihari is yet to play on home soil and was once again ignored for the Test series against New Zealand. Instead, he was on the tour of South Africa with the India A side.

Former India batting coach believes Vihari should start over Iyer in South Africa because of the ‘hard yards’ he has put in. He also has a stellar track record for India on away tours.

“If the choice has to be between Shreyas Iyer and Hanuma Vihari, I would tilt towards Hanuma Vihari because of the kind of service he has done. He deserves that chance to bat ahead of Shreyas Iyer in an overseas Test match,” Bangar said on Star Sports’ show Game Plan.

Hanuma Vihari has represented India in 12 Test matches and he has amassed 624 runs at an average of 32.84. Vihari has notched up one ton and four half-centuries. The 28-year-old has played six Tests in Australia, one Test in England and two in New Zealand and West Indies each. Vihari had played an instrumental role in the Sydney Test blockathon against Australia earlier this year.

“Look at Hanuma Vihari. He is somebody who has played the hard yards, who has got a hundred in West Indies, he saved a Test match for you in Sydney.

“Whenever he was asked to open the innings, he did that. He played on a single leg to save a Test match and he got a hundred,” Bangar said.