Harbhajan Singh explains challenges for spinners ahead of Bangladesh’s game 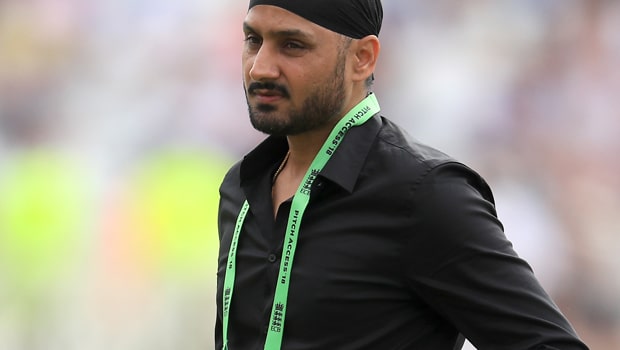 Senior off-spinner, Harbhajan Singh, has said that wrist spinners landing the pink ball with scrambled seam will be far more challenging to pick than finger spinners under the floodlight Eden Gardens.

He said this ahead of India’s much-awaited first Day/Night Test against Bangladesh on Saturday. Ahead of the tie, there has been a lot of speculations on how the pink ball would behave.

Speaking with PTI, Harbhajan said wrist spinners would have more advantages because it’s going to be very difficult to pick the seam (with black stitches) of the pink ball.

With a wrist spinner like Kuldeep Yadav, India could be handy for Bangladesh on Saturday. Speaking on team selection, Harbhajan noted that it’s the call of the team management. He added that Bangladesh has to play the Indian pacers on the seamer-friendly track before spinners are fully operational.

Speaking on Bangladesh’s performance against Mohd Shami and Co. in the first Test, the senior off-spinner said between 3.30 and 4.30 pm seamers are at the maximum level of performance. He, however, noted that there is a need for India to figure out more about spinners if the country is to perform well during day and night Tests in the future.

Speaking on the heroic performance of Kuldeep Pandey, who was lethal with the pink ball during the 2016 Duleep Trophy, he said no one could effectively read him from his wrists. According to him, this helped leg spinners to get a lot of wickets during the edition.

He, however, noted that Sri Lankan cricketer Muttiah Muralitharan is an exception; in this case, he is very effective. He also explained that Muralitharan is a killer with the pink ball despite being a finger spinner, which is unlike other finger spinners.
Analysts have said the pink ball will be a challenge for the spinners with the extra lacquer for it to be more visible under the lights.

The Indian great however, said with more lacquer, finger spinners especially won’t have a good grip on the ball, which could make the ball skid off the hand.

On the fundamental difference between bowling with a white ball and pink ball when the dew sets in, he said the ball is unlike a slippery soap bar as it happens with the white ball in the day and night games. He added that the white ball becomes slippery because the white lacquer goes off the skin of the ball when it gets wet.

However, with extra lacquer, the pink ball’s skin won’t be wet, but the stitches will be very soggy.