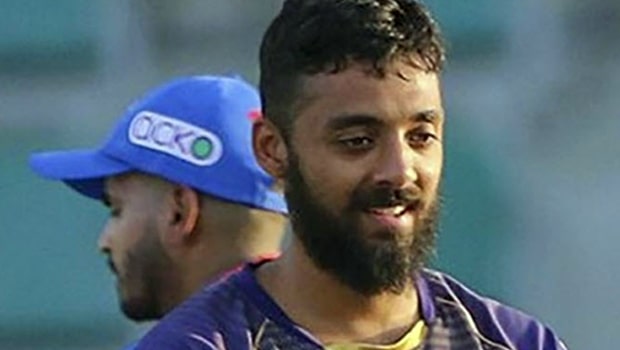 The emergence of Varun Chakravarthy has been one of the most impressive stories in Indian cricket over the last couple of years. Once an architect, the man from Tamil Nadu now terrorizes opposition batsmen with his deceit and spin and has the ability to surprise when it matters the most.

Veteran Indian spin-bowler Harbhajan Singh regards Varun very highly. He also believes that if India want to do well in the upcoming T20 World Cup which is to be held in the UAE and Oman, the spinners will play an important role.

The likes of Kuldeep Yadav, Yuzvendra Chahal, and Rahul Chahar might be the top contenders for the job but Harbhajan thinks Chakravarthy should be ahead in the pecking order. Harbhajan praised his Kolkata Knight Riders teammate very highly and lauded his ability to bowl in the Powerplay as well as in the death overs.

“I feel that is T20 World Cup material because he has all types of qualities. He can take wickets, stop runs, bowl in the Powerplay and can even bowl in the death overs. His only shortcoming is that he remains way too nervous. I spent some time with him in KKR. He himself doesn’t know what he is capable of,” Harbhajan told Sports Tak.

On the back of extremely successful IPL performances over the last couple of years, Varun Chakravarthy garnered national attention. He featured for the Men in Blue for the first time during the ongoing series against Sri Lanka and it goes without saying that we’ll definitely see him in action more often.

Despite making his debut against Sri Lanka recently, it wasn’t his maiden India call-up. He was included in the squad on the tour of Australia but had to miss it because of an injury. Fitness issues kept him out of the squad to face England in the T20Is at home. Chakravarthy, however, impressed on his international debut, finishing with a spell of 1/28.

Harbhajan went on to add that he believed that the mystery spinner from Tamil Nadu would go on to shine for India since a long time, especially when he first saw Varun troubling the great MS Dhoni in the nets.

“The first time I had seen him was during a net session with Chennai Super Kings. MS Dhoni was hitting the rest of the fast bowlers and spinners for sixes but when Chakravarthy was bowling, he had Dhoni in all sorts of trouble and dismissed him several times. And no one was able to hit him in the nets. That’s when I had predicted that this guy is going to play for India. He has a bit of nervous energy but the more he plays, the better he is going to get,” Harbhajan pointed out.