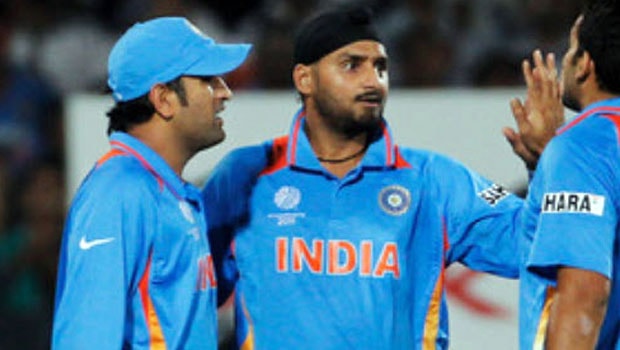 Indian spinner Harbhajan Singh has revealed that veteran batsman,  MS Dhoni started opening up after the 2008 Sydney Test against Australia, being a shy guy.

Speaking on Wednesday via Instagram Live Session on the official handle of Chennai Super Kings, Singh noted that the former India captain was a very shy person when he first came to the team, but later starts talking.

Speaking on his favourite memories with Dhoni, Singh noted that they had played a lot of cricket together,  and probably toured all the countries,  but Dhoni due to his shyness never used to come to players rooms.

Noting his quiet character, Singh said he started opening up in the 2008 series against Australia, in the Test brought the team together.

Speaking further about Dhoni, Singh noted that despite being young in the team, and the captain, he was very shy still but gives suggestions when speaking on team’s tactics. Singh added that the veteran usually allows everyone to do their thing, as he gave them all the freedom.

He said such attributes is what people probably should learn from him,  adding that he gives bowlers the chance to play their games.

Speaking on the on-field tussle between him and doing an Instagram Live Session on the official handle of Chennai Super Kings and in the 2008 Sydney Test between India and Australia due to an alleged racism allegation by the Australian who alleged that the Indian bowler passed a racist remark upon him.

For his action, Singh got a three-match ban from a referee Mike Procter. However, the charges were later downgraded to the use of abusive language, and the ban was lifted.

The incident was referred to as ‘MonkeyGate’. India also lost the match due to bad decisions.

38-year-old Dhoni, who is the only captain to win all major ICC trophies, is currently out of action, as he enjoys some time away from the game.

Dhoni,  who led India to the number one ranking in Test cricket last played a competitive cricket during the 2019 World Cup.

This has made him miss out in the BCCI’s centrally contracted players list after the governing body released the list of central contract list of players from October 2019 to September 2020.

He would have returned to active cricket through the IPL suspended due to the coronavirus pandemic.