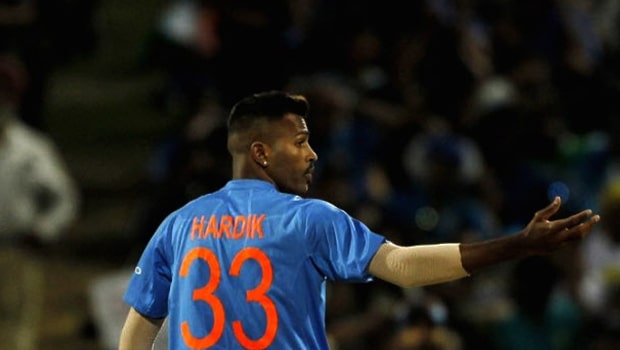 Indian all-rounder Hardik Pandya and fast bowler Bhuvneshwar Kumar have made their way back to the squad for the upcoming three-match ODI series against South Africa. Opener Shikhar Dhawan has also recuperated from the shoulder injury and thus he has made his return to the side after missing the New Zealand tour due to shoulder injury.

However, Dhawan’s opening partner, Rohit Sharma will miss the series as he is yet to recover from the calf injury he suffered in the final T20I against New Zealand.

Meanwhile, Hardik Pandya was last seen in the Indian colors in the T20I series against the Proteas in September 2019 and then had to go under the knife for the back surgery. Ergo, Pandya will be making his comeback against the same team he had last played against at the International level. The all-rounder has made a sensational return to professional cricket as he was able to hit the ground running in DY Patil tournament, in which he smashed the fastest T20 century by an Indian batsman.

On the other hand, Shardul Thakur has been dropped from the side as Bhuvneshwar Kumar has made a comeback. Navdeep Saini has successfully held his place as Mohammed Shami misses out because of the shoulder trouble, which happened in the second innings of the second Test against Kiwis.

There was no place for Mayank Agarwal as he could not grab his opportunity in the ODI series against the Blackcaps. However, Prithvi has managed to save his place despite mundane performances and he is expected to open with Dhawan in the absence of Rohit Sharma.

Mumbai all-rounder Shivam Dube has made way for Hardik Pandya whereas Kedar Jadhav has been excluded from the squad. The first ODI between India and South Africa will take place at Dharamshala on 12th of March whereas the second and third will take place at Lucknow and Kolkata respectively.