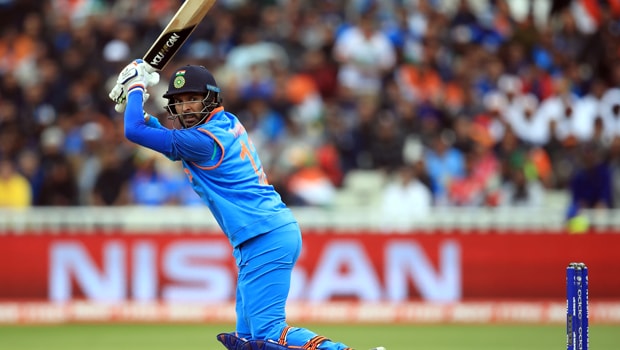 Former Indian batsman Yuvraj Singh believes all-rounder Hardik Pandya has the skills to break his record of the fastest T20I fifty. The left-hander had raced to a fifty in the 2007 World T20 against England off just 12 balls. Yuvraj’s half-century is the fastest in all the three formats of the game.

The southpaw was at his absolute best in the match as he smashed six sixes in an over against greenhorn fast bowler Stuart Broad. Yuvraj had an heated argument with England all-rounder Andrew Flintoff and he went to take Broad to all the corners of the ground.

The talisman was able to hit the ground running and he scored 58 off just 16 balls with the help of seven sixes and three fours.

On the other hand, Hardik Pandya has impressed with his pyrotechnics. The right-hander has provided the finishing touches to the side in the shorter formats of the game. Pandya has a strike rate of 147.62 in the T20I format and he can score his runs in a jiffy.

The right-hander, who plays for the four-time champions Mumbai Indians has a blistering strike rate of 154.78 in the IPL. Ergo, Pandya has shown the promise to get his runs quickly.

Yuvraj added that Baroda player has shown all the skills to become a great all-rounder. However, the 2011 World Cup hero feels Pandya needs to be guided on the right path of success.

Yuvraj also added that if he was part of the team management he would have taken Hardik to drink at 10 pm whereas he would have said ‘good night’ to Jasprit Bumrah at 9 pm.

“Hardik Pandya could be the guy who breaks my record of fastest T20 fifty … he has all the making of being a great all-rounder … but then again you need to have someone to guide him in the team,” Yuvraj was quoted as saying by PTI.

Meanwhile, Hardik Pandya had scored one of the fastest fifty in the IPL history when he got to the landmark in only 17 deliveries against Kolkata Knight Riders in IPL 2019. However, he is yet to score his maiden fifty in the T20I format whereas he has scored three half-centuries in the IPL.