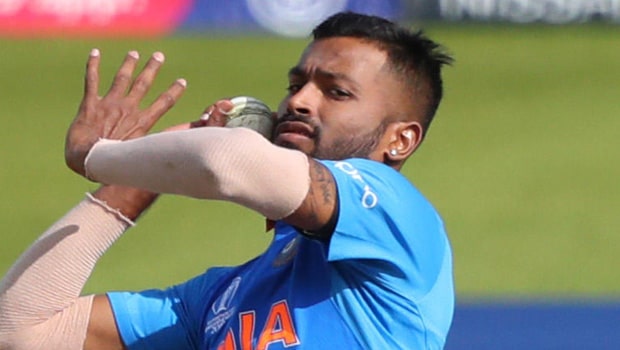 Much has been talked and discussed about star Indian all-rounder Hardik Pandya in the T20 World Cup. Going into the tournament, Pandya’s limited exposure with the ball in hand was cause of much concern as he hasn’t been bowling regularly since 2019. The Mumbai Indians ace did not bowl a single delivery in IPL 2021 either.

This inability to bowl has affected the Indian team’s balance and it was on display in the opening game against Pakistan. With bowlers like Mohammad Shami and Bhuvneshwar Kumar being taken to the cleaners, captain Virat Kohli found himself deprived of a sixth bowling option.

However, on Wednesday, Pandya bowled in the nets for the first time in months. This raises the possibility of him bowling in the upcoming crucial fixture against New Zealand. India need to win this game at any cost following their 10-wicket hammering at the hands of Pakistan in the opening encounter.

In the game against Pakistan, the Baroda all-rounder also hurt his shoulder while batting and had to be taken off the field. He also went for scans after the match though any potential concerns have been ruled out. On October 27, strength and conditioning coach Sohum Desai and physio Nitin Patel accompanied Pandya as he went through routine fitness drills which included short sprints and bursts of pace.

The 28-year-old also bowled to Shardul Thakur and Bhuvneshwar Kumar for nearly 20 minutes in one of the nets. Head coach Ravi Shastri and mentor and former captain Mahendra Singh Dhoni kept a close watch on him and monitored his progress. He followed his bowling stint in the nets with some batting practice and took throwdowns from batting coach Vikram Rathour.

Against Pakistan Hardik Pandya was played as a pure batter but he didn’t get enough opportunity to make an impact. Coming off extremely late into the game, he managed just 11 runs in eight deliveries and lacked the usual hard-hitting ability that he offers at the death. Pandya’s fitness issues and inability to bowl had already been anticipated by Team India who made a late inclusion of in-form Shardul Thakur in the squad.

Ahead of the match against Pakistan, Virat Kohli said that he expected Hardik to bowl a couple of overs at some stage in the tournament.