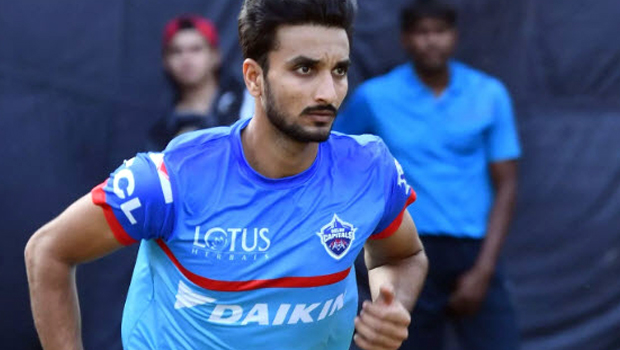 Harshal Patel may not be the most popular name in the Indian domestic circuit but he has been one of the most consistent all-rounders in the T20 format over the last couple of years.

The 29-year-old has been chipping in with consistent all-round performances for Haryana of late. In the recently concluded Syed Mushtaq Ali Trophy, Patel was one among the top wicket-takers and run-scorers as well.

He was the joint second highest wicket-taker during the tournament with 19 wickets to his name at a stunning strike-rate of 13.5 and a decent economy rate of 7.04. His tally of 374 runs was also the fourth most number of runs scored by a batsman in the tournament which came at an excellent average and strike-rate of 31.16 and 165.48 respectively once again.

These performances show how good an all-round asset he is in T20s and his skills could be very useful to the Indian side provided he is given a chance. But it was Mumbai’s Shivam Dube who made his India debut recently.

Dube has already come up with impressive performances. He won India a match against Bangladesh with a three-wicket haul and also went on to score his maiden T20I fifty later in the series against West Indies.

Harshal Patel had a ball with bat and ball in the recently concluded #MushtaqAliT20!#ThisIsNewDelhi #DelhiCapitals pic.twitter.com/1kIAK2ad30

Moreover, Patel is a specialist bowling all-rounder whose batting skills are as good as his bowling ones. But Dube’s bowling is only his secondary skill. In fact, Patel has a vast experience of playing in the Indian T20 League as well. In 43 Indian T20 League matches, he has taken 43 wickets at a strike-rate of 19.4. The 2015 season of the League was the best for him as he claimed 17 wickets in 15 matches at an outstanding strike-rate and average of 15.4 and 19.29 respectively.

So all these facts and numbers go on to show how Harshal Patel deserves a shot in the Indian T20 squad as he has it in him what it takes to be an equally good backup for Hardik Pandya.