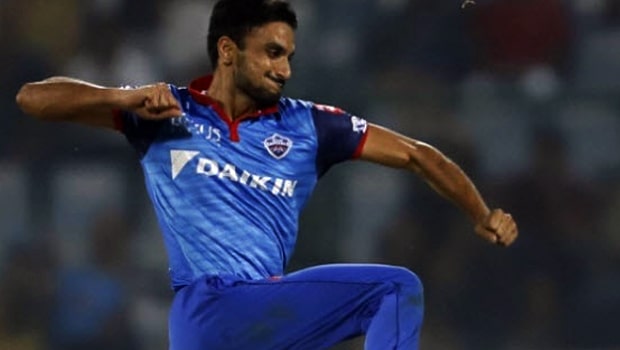 Haryana on Monday ended their league stage campaign on a high note after defeating Meghalaya in a Group D match of the Syed Mushtaq Ali Trophy with 99 runs at the Bandra-Kurla Complex (BKC).

With this feat, all thanks to an excellent performance by Harshal Patel, a first-class cricketer who struck 82 runs while the North East base team could only muster 103/9.

Although Haryana has already made it to the Super League stage of the national T20 tournament in Surat slated for on November 21, they were and amassed 202-6 against their inexperienced opponent bowling line-up. Mumbai, who recorded a single loss in the league phase, will also be participating in the competition.

Haryana, who batted first, had suffered setback earlier in the game, losing two batsmen;
Chaitanya Bishnoi and Himanshu Rana in quick succession. That didn’t deter Patel, who held the fort and raked in 82 from 40 balls, which included five boundaries and seven sixes during his stay at the crease.

In the death overs, Rahul Tewatia and Amit Mishra were also handy for the opponent with quick-fire knocks helping Haryana cross the 200-run mark.

Patel kept up the momentum as he succeeded in hurting Meghalaya again by picking up three wickets, which left the opposition reeling.

Abhay Negi, who had set the record for scoring the fastest fifty in the Syed Mushtaq Ali tournament a day earlier, couldn’t help his lads from ending the game with a humbling defeat, fell for 25.

The right-arm medium pacer showed his dexterity with the ball once more to return with 3/22.

In the other game, Lalit Yadav was the star of the match when the all-rounder claimed three wickets with his off-breaks for Delhi to defeat Odisha with 20 runs in the final Group E match to qualify for the Super.

Delhi, which batted first posted 149 for six. They returned to dismiss Odisha for 129 in 18.1 overs to win the game. They ended as Group E winners with 22 points from seven matches.