Home » Cricket » Hasn’t had any cricket under his belt: Sunil Gavaskar reveals why Hanuma Vihari was dropped from New Zealand Tests

Hasn’t had any cricket under his belt: Sunil Gavaskar reveals why Hanuma Vihari was dropped from New Zealand Tests 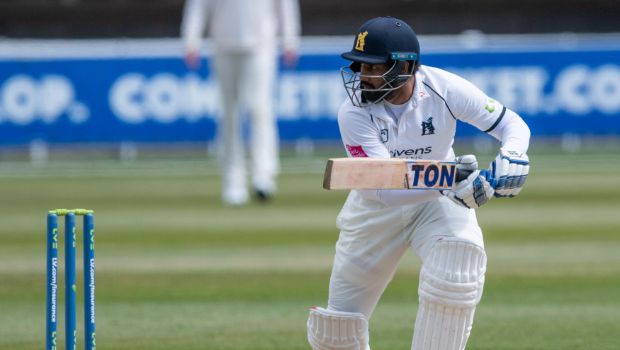 Hanuma Vihari’s last Test appearance in Indian whites came in early January 2021 against Australia in Sydney. With the series tied at 1-1, the tourists were on the ropes as they needed to save the Test match.

Vihari, who was struggling with his hamstring injury, batted 161 balls for his knock of 23 runs along with Ravichandran Ashwin to help India stay level with the hosts.

Thus, when there was no place for Hanuma Vihari in India’s 16-man squad for the two-match Test series against New Zealand, a lot of cricket experts were surprised at the batter’s exclusion. However, former legendary Indian opener Sunil Gavaskar reckons that the lack of match practice has forced the Chetan Sharma-led selection panel to drop Hanuma Vihari.

While the rest of the Indian players played in the IPL and the T20 World Cup, Vihari hasn’t played any competitive cricket since the Sydney Test match against Australia. Ergo, the Little Master feels this could be the reason behind his snub from the Test squad against New Zealand. Vihari, however, has been added to India A squad for the tour of South Africa which will help him to prepare for the senior’s tour later in the year.

“I really was not surprised to be honest because he hasn’t played any cricket in the interim. He hasn’t played in the IPL so hasn’t had any cricket under his belt in the last three or four months. On the other hand, the others who have been selected have had some cricket, not necessarily Test cricket, so maybe that’s the reason why they came into the picture,” Gavaskar told Sports Today.

“Also, a lot of times we have seen over the years that the performances in the IPL have invariably been the ones that nudge the selection committee so that seems to have happened. Hanuma Vihari hasn’t played a single IPL game so out of sight, out of mind,” he added.

Furthermore, it has been noticed that Hanuma Vihari is mostly preferred in India’s final XI in overseas conditions as the team rarely requires the sixth batter due to the presence of all-rounders like Ravichandran Ashwin and Ravindra Jadeja. In fact, out of 12 Test matches that Hanuma Vihari has played in his career, only one has come in the home conditions.