Home » Cricket » He has always answered any controversy with his bat: Rajkumar Sharma expects Virat Kohli to deliver in South Africa

He has always answered any controversy with his bat: Rajkumar Sharma expects Virat Kohli to deliver in South Africa 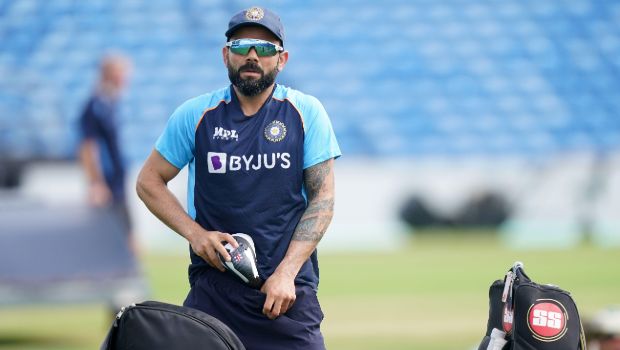 It is a famous adage in cricket terminology, ‘Let your bat do the talking’. And Virat Kohli is known to come out with flying colors whenever he has been put under the cosh.

Kohli has come under the scanner for his recent controversy with the BCCI and his childhood coach Rajkumar Sharma expects his ward to answer all the critics with his performance.

In fact, Virat Kohli hasn’t been at his absolute best in the recent past and had scored his last International hundred in 2019 against Bangladesh. Kohli will look to once again prove his mettle in the tough South African conditions after he was being sacked as the ODI captain by the national selectors.

Meanwhile, Kohli had a fantastic record as an ODI captain as he led India to 65 wins in 95 matches as the team lost on 27 occasions. Thus, he had a winning percentage of 70.43. Furthermore, Kohli also delivered the goods as a batter as he scored 5449 runs in those 95 matches at an impressive average of 72.65.

Furthermore, Kohli was the leading run-getter in the previous Test series against South Africa as he had scored 286 runs in three Test matches at an impressive average of 47.67 in the 2017-18 tour. In fact, Kohli was the solitary batter who could score a century in the Test series. Thus, he will look to replicate the same success in the South African conditions.

Rajkumar Sharma said while talking to India News, “It is a good thing if that happens. He has always answered any controversy with his bat and if succeeds in doing that this time as well, it will be very good for the Indian team because it is extremely necessary for him to score.”

“South Africa have a very good bowling attack, especially the fast-bowling attack is fantastic. So Virat being in form is very important for the Indian team and the way he is preparing, I have full faith that he will be successful and will score big runs.”

Rajkumar, who was instrumental in spotting Kohli’s talent, added that his student very well knows how important it will be for him to stay out in the middle in the tough South African conditions.

“Sachin is a great player and the more the youngsters learn from his experience, the better it is. Regarding Virat’s role, he knows very well how important it is for him to stay in the middle because the Indian team is quite inexperienced and has not played much cricket in South Africa.”