Home » Cricket » He has personally spoken to each one of us: Rohit Sharma on working with Rahul Dravid

He has personally spoken to each one of us: Rohit Sharma on working with Rahul Dravid 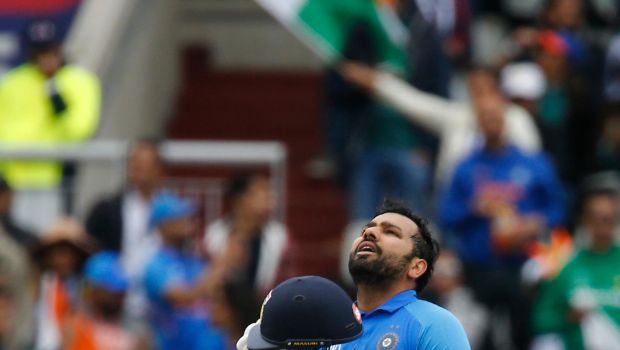 India’s new white-ball captain Rohit Sharma has revealed that head coach Rahul Dravid has spoken to every player individually regarding their role in the team.

Rohit added that communication between Dravid and the players has been clear, which will help him get the best out of his team.

Rohit commenced his T20I captaincy on a high as India defeated New Zealand by 3-0 in the T20I series. With Rohit given the ODI leadership as well, he will look to take Indian cricket to new heights.

On the other hand, Dravid has all the experience under his belt both as a player as well as a coach. Rohit reckons Dravid will push every player to work hard on his game and it will reflect in the team’s performance.

Speaking to Boria Majumdar on his show ‘Backstage with Boria’, Rohit said: “Rahul Bhai was a brilliant cricketer, we all know that without a doubt. We all know how he has played his cricket. He himself has come out and said on so many occasions that he was not so talented. He had to work so hard to get where he is today. I think that is going to reflect on this team as well.”

Rohit added that it will be crucial for the team to work hard on their game and deliver the goods in the upcoming matches as no player should take his place for granted.

“Making sure that we work hard as a team. That nothing is given on a platter to anyone. He will make you work hard. Obviously, when you do that, when you enjoy that process, you feel good about it. Because there is a process that has been put in place.”

“And there is a structure as well. So people will enjoy that. Guys that are coming in, going out. They will have so much clarity about why they were out of the team, why they came into the team and all that. That is something that he will be able to create,” Rohit said.

The limited-overs captain added that Dravid has communicated well with all the players and he wants to guide the side on the right track. Dravid has also had the talk regarding every player’s role in the team.

“If I’m not wrong, he’s gone personally to each one of us and spoken about what they feel about themselves and what sort of role they look for in this team and what they have to offer, which position will be their best position to bat, etc. Same with the bowlers as well,” Rohit said.

“He has gone personally and spoken to each one of us. Just to understand us. Obviously, he’s been working with India A and India U-19s and he was the NCA head. So he knows each player in and out. It’s not like he doesn’t know anyone. He has that bond with everyone, now it’s just about taking that forward and taking it to the next level.”

India will next play against South Africa in three-match Test series.