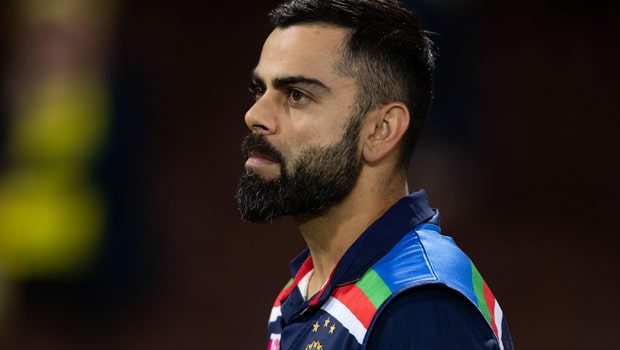 KL Rahul has been enduring a rough patch of form of late. He registered his second consecutive duck on Tuesday as India lost the third T20I of the ongoing five-match series against England in Ahmedabad.

His scores in the last three matches read 1,0 and 0 respectively and that isn’t something expected from a batsman who has done so well in the format for India ever since his debut. Rahul’s poor form has also drawn a fair amount of criticism from every nook and corner but Indian skipper Virat Kohli has thrown his weight behind the Karnataka batsman saying that they are backing him to deliver in the upcoming matches.

“He (KL Rahul) has been a champions player. He’ll continue to be one of our main players along with Rohit at the top of the order. It’s a matter of five-six balls in this format,” Kohli said during the post-match presentation ceremony.

Kohli also went on to cite his own example as he was enduring a poor run of form himself. He was dismissed for ducks in the final Test of the four-match series against England and the first T20I of the ongoing series. But he has turned it around for himself with scores of 73* and 77* in consecutive games.

“I was going through a lean patch two days back,” said Kohli, whose unbeaten 77 off just 46 deliveries helped India in posting a respectable total of 156/6 on the board after an early collapse on Tuesday.

Kohli also went on to state his opinion about the pitch and the result of the contest, “It was a bit difficult to bat against the new ball. Their bowlers were hitting good areas. We got one little partnership, it was important for me to bat deep. The case was to get set and try to get a decent total. I was going through a lean patch two days back.”

The Indian skipper also praised the English pacers as they restricted India to the fourth lowest total (24/3) in the powerplay in the history of T20Is.

“England bowlers were brilliant with the new ball, made our lives difficult, we tried to come back,” Kohli said.

England are now 2-1 ahead in the series with two more matches to go and India will be eager to make a strong comeback in the next match.