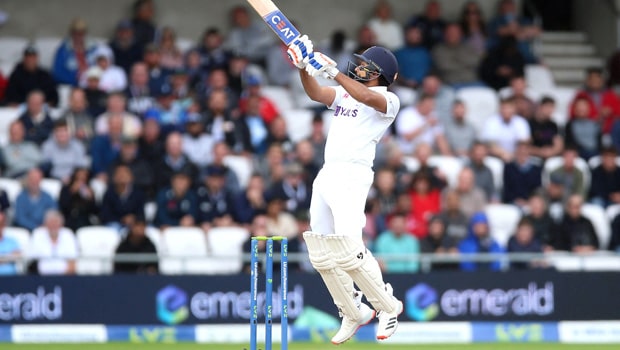 The new era of India in T20I cricket with Rohit Sharma has gotten off to a good albeit nervy start. Having restricted New Zealand to a decent score in the first T20I in Jaipur, India were in supreme control during the run-chase. Rohit Sharma and Suryakumar Yadav took the opposition bowlers to the cleaners but the former missed his half-century by just two runs.

However, things became complicated after the duo got dismissed. Rishabh Pant and Shreyas Iyer seemed to be stuck and couldn’t keep the scoreboard ticking. As a result, the pressure kept building but Venkatesh Iyer smashed a boundary off his first ball in international cricket and Pant finished the game with another boundary.

Dinesh Karthik has backed Rohit Sharma to succeed as the captain of India in the shortest format of the game. He praised the opening batter’s meticulous preparations and mentioned that Sharma is well aware of which matchups to capitalize on. The Hitman is also tactically sound and can strike a cordial relationship with the players and youngsters in the squad.

“Meticulous in his preparation off the field. He is a very good student of the game. He does his homework. Understands matchups really well. He is very tactical in his approach. He has got a good rapport with all the young boys which keeps him in good stead. He has an uncanny knack of being a very ‘people’s person’. Senior players like him and at the same time younger guys also gravitate towards him,” said the Kolkata Knight Riders wicketkeeper while speaking at Cricbuzz Live.

Dinesh Karthik also talked about a factor that he considers important in leaders. The ability to empathize with players when they go through tough periods is an extremely underrated trait. It often strengthens the bond between the player and the team and brings in positive results. Karthik mentioned that Rohit Sharma has that quality in abundance and he’s not shy of extending a helpful hand to the youngsters.

“He will be a very, very good captain tactically, somebody who is very calm. He has got a lot of empathy for batters and cricketers because he has seen a lot of failures, he has seen how he came as a tear-away youngster. He had a very tough sort of a few years where he lost his place in the side. You can see that when he captains as well, he’s got a lot of time for youngsters. Empathy is a very strong word that leaders need to understand and he has that in abundance,” he concluded.