Home » Cricket » He led from the front for 5 years, we had a great time playing under him: Rohit Sharma on Virat Kohli

He led from the front for 5 years, we had a great time playing under him: Rohit Sharma on Virat Kohli 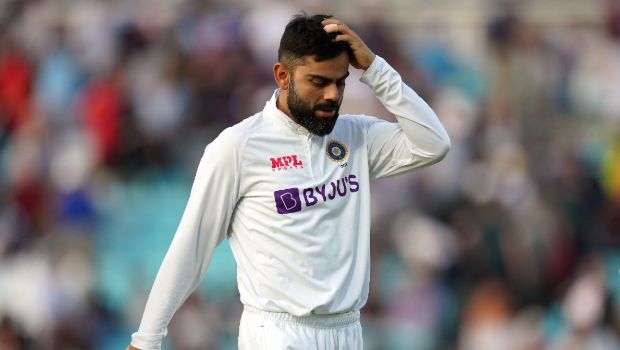 India’s rookie white-ball captain Rohit Sharma has heaped praise on his predecessor Virat Kohli for doing a fine job for the team as a leader.

Rohit stated that Kohli led from the front for five years and they had a great time playing under him. Rohit was handed over the ODI captaincy reins after selectors felt it won’t make much sense to have two white-ball captains.

Meanwhile, India had a great run under Virat Kohli in the limited-overs format but they were not able to go all the way in any major ICC event. Kohli had led India to 65 wins in 95 ODI matches while the team lost 27 matches under his leadership. Thus, Kohli had a winning percentage of 70.43 in the 50-overs format.

“He has put the team in a situation where there is no looking back. Those five years that he led the team, he led from the front every time we stepped on to the park. There was clear grit and determination to win every game. That was the message to the entire squad,” Rohit said in a video uploaded on the official website of the Board of Control for Cricket in India (BCCI).

Kohli also delivered the goods as a batter as he scored 5449 runs in those 95 matches at an impressive average of 72.65. The former Indian white-ball captain was always aggressive in his approach and he was able to get the best out of himself as well as the team.

“We had a great time playing under him. I have played a lot of cricket with him and enjoyed each and every moment and I will still continue to do that. We need to keep getting better as a team and as individuals and that will be the focus for not just me but for the entire squad moving forward,” said Rohit.

Meanwhile, Rohit Sharma has a fantastic white-ball record as a leader as he led Mumbai Indians to five titles in the IPL and he would look to get the best out of the players in the upcoming assignments. Rohit will begin his ODI captaincy campaign against South Africa in the forthcoming three-match series.