Home » Cricket » “He needs to chin up and get stronger”: Dinesh Karthik on Kuldeep Yadav

“He needs to chin up and get stronger”: Dinesh Karthik on Kuldeep Yadav 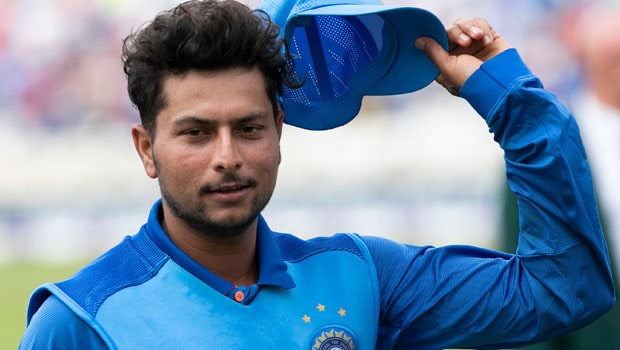 It has been a rough few months for Kuldeep Yadav. He was in the middle of the onslaught by England batsmen in the second ODI and ended up being decimated. The likes of Ben Stokes and Jonny Bairstow had little issues reading his bowling and smashed eight sixes off his bowling. Kuldeep went wicketless and ended up conceding 84 runs in his 10 overs.

In a chat with Sky Sports, Kuldeep’s KKR teammate and former captain Dinesh Karthik has encouraged the bowler. According to Karthik, the chinaman has suffered recently and the inconsistency with game-time hasn’t helped.

“Kuldeep, personally, the poor guy has had a tough time. He’s been sitting out for a long time. He comes in, he’s had a couple of games here. It’s really not gone his way. But these things happen to international cricketers. He needs to chin up, get stronger,” said Karthik.

He also went on to add that the next two months will prove to be very important.

“Kuldeep needs to use the opportunities during the IPL. He’s got a couple of very important months not only in his red-ball career but also for his white-ball career in the form of IPL so he needs to do really well. Buck up and do the best in the next couple of months,” he added.

The former Kolkata Knight Riders captain also mentioned that India should have gone with Shardul Thakur instead of Krunal Pandya when Ben Stokes arrived at the crease in the second match. Stokes has the potential to take on any left-arm spinner and Shardul Thakur has been among the wickets in the series against England.

“When Ben Stokes walked in, I think Krunal Pandya hadn’t bowled. I’d felt that at that stage, maybe Shardul Thakur could have been brought for an over because he has this ability to pick up wickets, but he (Kohli) went for Krunal Pandya. But the match-up is such that if Stokes gets going, forget Krunal Pandya. Any left-arm spinner in the world, he (Stokes) takes them down. It was one of those days where it was hard to stop Stokes.

It was almost as if every shot that he played, he was looking to hit a six,” concluded Karthik.