Home » Cricket » He showed that he is a different guy: Aakash Chopra on Kane Williamson’s knock in final

He showed that he is a different guy: Aakash Chopra on Kane Williamson’s knock in final 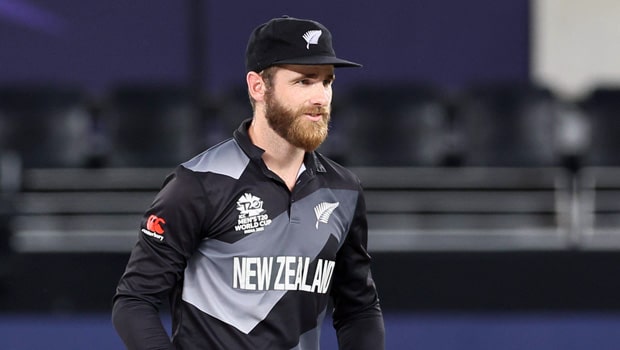 Former Indian opener Aakash Chopra heaped praise on Kane Williamson for his fine knock in the T20 World Cup final against Australia at the Dubai International Cricket Stadium on Sunday. Williamson, who is not known for his pyrotechnics in the shortest format of the game, played a masterpiece knock of 85 runs off just 48 balls with the help of 10 fours and three sixes.

Thus, Williamson played a key role in helping New Zealand post a fighting score of 172 runs in their 20 overs after they were put in to bat by Aaron Finch. Williamson had the rub of the green on his side as his catch was bungled by Josh Hazlewood when he was on 21 runs. The Kiwis captain made the most of his charm life as he went on to score 64 runs off the next 27 balls he faced.

The flamboyant batter timed the ball to perfection as he batted at the top of his game against the Australian bowlers. In fact, New Zealand got off to a slow start but Williamson’s blistering knock helped them post a competitive score on the board.

However, the score of 172 runs wasn’t enough in the end and Williamson’s efforts with the bat went in vain. The fifties from David Warner and Mitchell Marsh helped Australia chase down the target with eight wickets and seven balls to spare.

Aakash Chopra said on his YouTube Channel, “Kane once again was exceptional. Kane was fighting alone, he was absolutely incredible. The sort of knock he played, he showed that he is a different guy. He has tennis elbow and is not able to lift the bat with his left hand but despite that the sixes he hit and the way he batted.”

Williamson took his attack against Mitchell Starc, who had an expensive outing for Australia. Starc conceded 60 runs in his quota of four overs, out of which 51 came in his final three overs.

“It was a captain’s knock, it was a blazing knock, it was leading from the front. He gave New Zealand the chance to stay alive. He is absolute class although we don’t consider him a T20 rockstar. It was unbelievable the way he demolished Mitchell Starc.”

On the other hand, New Zealand opener Martin Guptil struggled to get going as he scored 28 runs off 35 balls and failed to change the gears in his slow knock. As a result, the Kiwis could only post 172 runs on the board.

“180 was the golden number but New Zealand couldn’t reach till there although they could have. Guptill made 28 runs in 35 balls, which means you have scored 28 in six overs. So, you will have to score almost 160 runs in the remaining 14 overs to go beyond 180.”

“Others make 160 in 14 and you make 28 in six. That’s not right. I was most pained that he wasn’t even trying. Only 57 runs were scored in the first ten overs for the loss of one wicket. It is understandable if you have lost three wickets.”