Home » Cricket » He was kept in the loop: BCCI dismisses Virat Kohli’s ‘lack of communication’ claims

He was kept in the loop: BCCI dismisses Virat Kohli’s ‘lack of communication’ claims 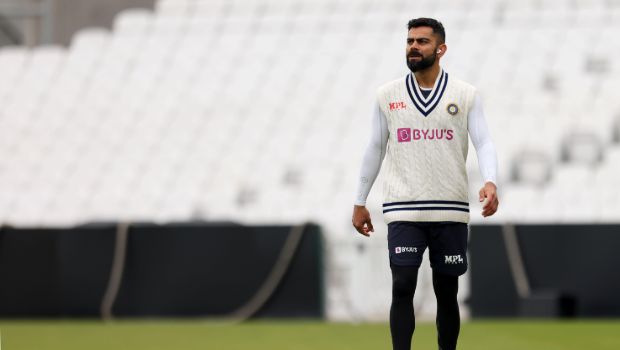 There has been confusion since Virat Kohli’s press conference on Wednesday in which he claimed he was communicated 90 minutes before the Test squad selection for the tour of South Africa that he will no longer serve as the ODI captain.

Kohli revealed that his decision to step down as the T20I captain was taken in a progressive manner by the Indian board and he wanted to continue as the ODI captain.

However, Kohli was sacked as ODI captain as the selectors thought it won’t make sense to have two white-ball captains. In fact, the BCCI president Sourav Ganguly recently stated that they had asked Virat Kohli to not step down as T20 captain and had requested him to reconsider his decision but he went ahead with his call as he wanted to manage his workload.

“…Actually, the BCCI had requested Virat not to step down as the T20I skipper but obviously, he did not agree. And the selectors then did not feel it right to have two different captains for two white-ball formats,” Ganguly told ANI.

Kohli also admitted as the Indian team could not win a major ICC event under his leadership as a white-ball captain, which has led to his sacking.

“Virat Kohli can’t say that we didn’t keep him in the loop. We spoke to Virat in Sept and asked him not to quit the T20 captaincy. Once Virat gave up the T20 captaincy on his own, it was difficult to have 2 white ball captains. Chetan Sharma told Virat about the ODI captaincy on the morning of the meeting,” a BCCI official told India Today.

A controversy has been created after Kohli’s press conference on Wednesday in which he dismissed BCCI claims regarding his white-ball captaincy.

“When I communicated with the BCCI first about quitting the T20I captaincy, I told them that this is my point of view, these are the reasons for my decision. It was received quite well. No one took offense, no one had any hesitation. No one told me that I should not leave the T20I captaincy,” Kohli told the press.

“It was received well and looked at as a progressive step and one in the right direction. That time, I told the BCCI that I wanted to continue as ODI and Test captain unless the BCCI office-bearers or the selectors want me not to do so. I clarified this as well in the phone call. My communication with the BCCI was very clear. I also gave them the option that if the BCCI office-bearers of the selectors want to make a decision, I am okay with it,” he added.

Kohli will lead in the first Test match against South Africa, which will be played at SuperSport, Centurion from December 26.