Home » Cricket » He would walk into any International side: Farokh Engineer on dropping Shikhar Dhawan for T20 World Cup

He would walk into any International side: Farokh Engineer on dropping Shikhar Dhawan for T20 World Cup 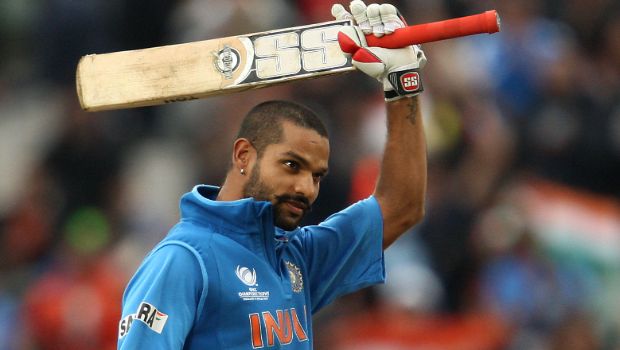 Dhawan was expected to be included in the T20 World Cup as a backup opener but the Chetan Sharma-led selection committee decided to rest the left-handed batsman.

Dhawan’s exclusion was a major surprise for a lot of cricket experts as the southpaw has drastically increased his strike rate in the recent past. Dhawan had scored 380 runs in the first phase of IPL 2021 for Delhi Capitals and had amassed 618 runs in IPL 2020 at a blistering strike rate of 144.73 and had finished as the second-highest run-getter of the previous season.

Moreover, Dhawan has all the experience under his belt and he was India’s captain on the tour of Sri Lanka. But India’s chief selector Chetan Sharma revealed that Dhawan is in their loop for the T20 format but they have decided to rest the experienced left-handed batsman.

Shikhar Dhawan said while talking to Sports Tak, “Shikhar Dhawan… well, I’m surprised that he has been omitted because he has come in and done fantastically well. But that is such a huge problem for the Indian selectors that players such as Dhawan are getting to be dropped, which is a huge disappointment. Because he (Dhawan) would walk into any international team as a batsman. He has proved himself time and again, and I don’t think a player of his caliber should be on trial.”

Engineer added that the Indian team has a potent squad and they have a good chance of winning the T20 World Cup. India had last won the inaugural edition of the T20I showpiece. The Virat Kohli-led have the players who can take their side all the way.

“I haven’t exactly studied it. I only heard it once. But it seems that all the top players are there. Suryakumar Yadav is in the squad, which I am really happy to see. (Rahul) Chahar is a very good bowler, and there is (Jasprit) Bumrah of course. I think with Ravindra Jadeja and Rohit Sharma, the balance of the team is good. I think we’ve got a good squad.”

“But who do you drop? KL Rahul has done very well. He is superb; one of the best batsmen in the world, I think Rohit Sharma is on top of his form. Still, I think it’s an excellent team they have picked, and I think we have every chance of winning the T20 World Cup.”

India will begin their T20 World Cup against arch-rivals Pakistan on October 24.