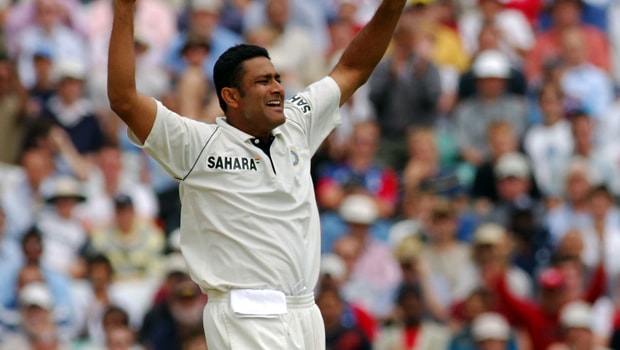 ICC Cricket Committee head Anil Kumble feels helpful pitches for the bowlers can help bring balance between bat and ball. The ICC had recently decided to ban the usage of saliva on the ball amid the coronavirus pandemic. The decision was taken after consulting the medical experts who feel that the saliva can cause the spread of the virus.

Subsequently, many former and current players feel that the saliva ban is going to make the job of the bowler more difficult as the pacers won’t be able to shine the ball and thus it won’t swing. However, the Cricket Committee has given a green signal to the use of sweat.

Kumble, who has all the experience under his belt, feels that the pitches can be made bowling friendly to keep the balance between bat and ball.

The leg-spinner added that the teams can go with two spinners in their Test playing XI even if they are playing in Australia or England provided the tracks offer assistance to the spinners.

That way, there would not be much need to shine a ball if the spinners would be in action. However, it is known that the spinners also need the shine so that the ball drifts in the air.

Kumble added that saliva doesn’t play a key role when the teams would be playing a limited-overs format as the sweat can do the job of shining the ball in white-ball versions.

“Let’s get spinners back in the game in a Test. If it’s an ODI or a T20, you’re not really worried about the shining of the ball. Sweat can certainly take care of that. In a Test, why not get two spinners? We’d love to have two spinners playing in Australia or perhaps England, which doesn’t happen often outside the subcontinent,” Kumble said at the FICCI Sports Committee webinar on ‘Sporting Events: Embracing the new Normal, as quoted by TOI.

Meanwhile, it was recently reported that the ICC is also contemplating making ball tampering legal in the wake of the coronavirus. However, Kumble has squashed such reports saying that they have been stringent on what to use and what not to use on the ball in the past. Thus, it won’t make sense to change that because of the virus and the Committee decided unanimously not to go down that path.

Kumble stated that the plan was to kickstart the game as quickly as possible and the decision to ban saliva is taken after considering the safety measures of the players.