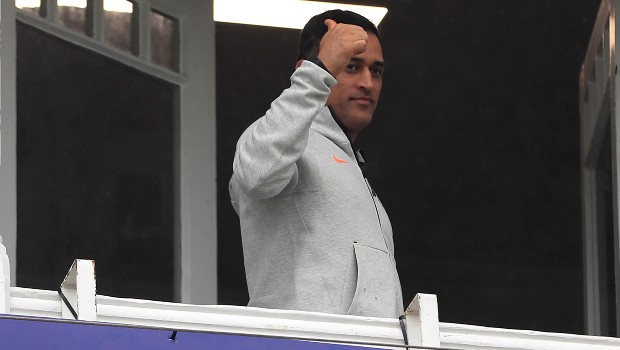 It is well known that former Indian skipper Sourav Ganguly had an eye for talent. If Ganguly would see that the player has the talent to go a long way, he would put his weight behind him to get the best out of the player. Ganguly was able to get his prediction right for former Indian captain MS Dhoni.

When India was traveling for the Bangladesh series, which was MS Dhoni’s first International assignment, Ganguly predicted that the Jharkhand boy is going to be a star. Joy Bhattacharya, who was with Ganguly, revealed that the Indian captain was sure of Dhoni’s success at the top level.

Ganguly had earlier played a key role in getting the best out of players like Yuvraj Singh, Harbhajan Singh, Zaheer Khan and Virender Sehwag by giving them the deserved opportunities.

“I remember being on a flight to Bangladesh in 2004 and Sourav was just telling me ‘we have this chabuk new batsman’. ‘Chabuk’ means whipped. He said ‘chabuk new batsman’ who has come out. You have to see him, MS Dhoni is going to be a star,’” Bhattacharya told Gaurav Kapur in the 22 yarns podcast of Oaktree Sports.

Meanwhile, MS Dhoni didn’t have an ideal start to his ODI career as he was run-out in his debut match and failed to make an impact in the series against Bangladesh. Subsequently, Ganguly decided to promote the wicket-keeper batsman to number three in an ODI against arch-rivals Pakistan at Visakhapatnam in 2005.

Dhoni was able to grab his opportunity as he scored a whirlwind knock of 148 runs off just 123 balls to take apart the Pakistan bowling line-up.

MS was able to announce himself at the big stage and he never looked back in his career. Dhoni wanted an opening and he was able to get the confidence after he played a magnificent knock against the arch nemesis.

Subsequently, MS Dhoni was able to tick the right boxes in his career and served Indian cricket for 15 long years. Dhoni was always instrumental in the success of the team and played a major role in getting the best out of the players as a captain.

Dhoni went to become a great captain, a fantastic finisher, a brilliant wicket-keeper and did everything right for the national team. As Ganguly had predicted, he went on to become a global star in the cricketing world.