Home » Cricket » How about Rishabh Pant opening in T20Is for India?

How about Rishabh Pant opening in T20Is for India? 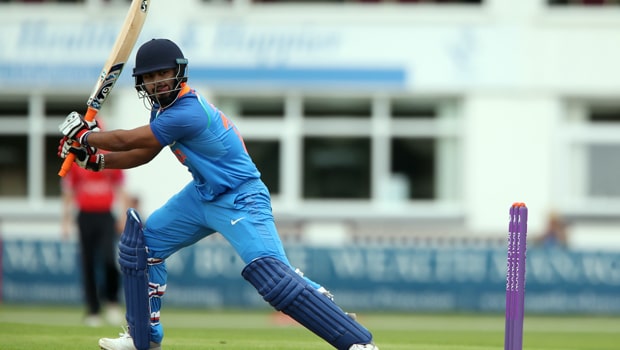 The dynamics of opening in ODIs doesn’t work in T20 cricket. Rohit Sharma and Shikhar Dhawan are probably the best pair when it comes to opening in ODIs. But the same cannot be said about the T20Is. For, both of them are the kind of batsmen who like to start off slowly and then accelerate gradually as the innings progresses. But that approach doesn’t quite work in T20s.

Rohit’s credentials in T20 cricket can’t be questioned though. He is the highest run-getter in the format and has two tons to his name as well. But Dhawan is someone who has consistently struggled to leave his mark in the format. He did have a splendid run in 2018 but he is back to what he was this year once again. Slow starts from both ends clearly don’t help India’s cause.

So India should really consider replacing him with someone else. KL Rahul seems to be the best option if his statistics are considered. An average of over 40 while batting mostly in the top four and two T20I tons show why he is rated so highly in this format.

However, Rahul is pretty much out of form now and lacking confidence as well. It was visible during his 17-ball struggle of 15 runs during India’s 7-wicket defeat to Bangladesh in the first T20I of the ongoing three-match series in India. His footwork looks iffy and he always seems to be in two minds while putting bat on ball. So he doesn’t seem to be the best option to go with in this kind of form.

We can also consider promoting Virat Kohli to the top of the order but that leaves the middle-order too weak. But the best option to try out at this point of time is Rishabh Pant. The young wicketkeeper-batsman hasn’t had the best of times while shouldering the middle-order responsibilities for India. So it isn’t a bad time to promote him to the top of the order and give him a free hand to do what he does best.

Yes, Pant has mostly batted between No 3 and 5 during his T20 career. But he has played nine innings as an opener too and his numbers at the top of the order are fabulous. Pant averages 47.75 as an opener and strikes at a stunning rate of 183.6 as well. These numbers are much better than what they read for him as a middle-order batsman.

In fact, Pant’s numbers gradually go on improving as he goes on batting higher up the order. He averages 27.38 at No 5 and it goes on to increase to 35.32 at No.4 and 36.50 at No. 3. And his average as an opener has been already mentioned before.

So these numbers show how good a top-order batsman he is. The Indian team, at the moment, is not utilizing Pant’s abilities properly. They want him to play with responsibility but they can get the best out of him only when they give him freedom to express himself.