I am 150% committed to play for South Africa – Kagiso Rabada 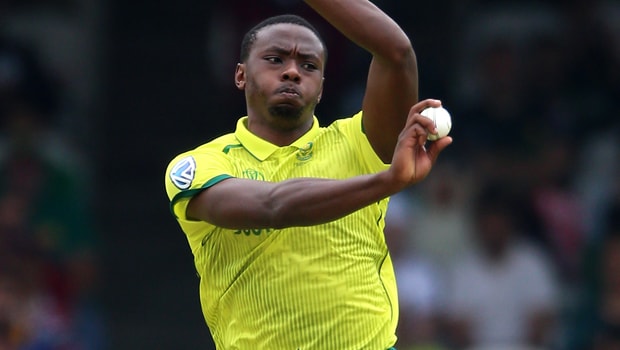 South Africa’s pack leader Kagiso Rabada has stated he is 150% committed to play for the national side. Rabada admitted that he didn’t have a great previous season as he was ‘out of place’ and he would aim to turn the tables when the cricketing action returns amid the Covid-19 era. The ace fast bowler has been carrying the South African bowling on his shoulders in the recent past.

Rabada had a great IPL 2019 as he scalped 25 wickets in 12 matches while playing for Delhi Capitals. However, he was not able to carry the same form in the 2019 World Cup as he could only snare 11 wickets in nine matches at a mundane average of 36.09. South Africa had a disappointing World Cup as they could only win three matches out of their nine league stage games with one no result.

“I am 150% fully committed to playing for South Africa,” he said in an interview released by Cricket South Africa on Monday.

“The past season was a disappointment, even though my stats were OK. I just felt really rusty and out of place. I am taking it day by day to achieve my new set of goals.”

On the other hand, Kagiso Rabada has had his share of controversies. Rabada is known to celebrate passionately and he has often run into the face of the opposition batsman. Subsequently, he has been reprimanded for the code of conduct by the ICC.

“It’s passion,” he says. “Everybody has their opinion and they are entitled to that. I have identified things I needed to and will address them with the people who are closest to me and who I feel should be helping me.”

Meanwhile, Kagiso Rabada is one of the best fast bowlers in the world. Rabada has a smooth action and he can consistently generate speed in excess of 140 km/h to breathe down the neck of the opposition batsman. Rabada is placed at the fifth rank in both ICC ODI and Test rankings.

On the other hand, a lot of South African players have gone down the route of Kolpak deals and it is good to note that Rabada has made it clear that he wants to play for the national side.