Home » Cricket » I am a huge fan of MS Dhoni, want to control games like him – Mahmudullah

I am a huge fan of MS Dhoni, want to control games like him – Mahmudullah 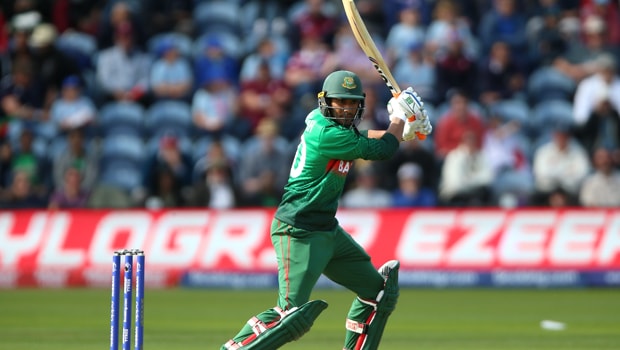 Bangladesh all-rounder Mahmudullhah has revealed he is a big fan of former Indian skipper MS Dhoni. Mahmudullah who bats in the lower middle order for Bangladesh has done a good job as a finisher for the side. The right-hander who can change gears at the right time added that he wants to control matches like MS Dhoni.

Meanwhile, MS Dhoni is regarded as one of the best finishers of the game. Dhoni has always been known to stay ahead in the game and his mind works as a calculator when he is adding the finishing touches to the innings.

The Indian talisman knows which bowlers to attack and which ones should be played with caution. Dhoni also has the skills to clear the boundaries at will and he can pick his areas with guile.

Mahmudullah added that he tries to learn by watching Dhoni’s videos. Dhoni has always kept a cool head on his shoulders which has helped him chase with success.

“I’m a huge fan of MS Dhoni, the way he controls himself. He also batted at five-six for the India team and whenever I sit idle I try to watch his innings, even watch live games of his. And try to learn how he composes himself in the game,” the 34-year-old said during a live chat on Cricfrenzy.

On the other hand, MS Dhoni had an impressive average of 50.58 in 350 ODI matches. This impressive average goes to show how successful Dhoni has been in his career as he has batted mostly at five or six. It tells us that Dhoni has remained unbeaten at the end of the innings on 84 occasions.

“It is not easy having 50 plus average in ODI cricket for so many matches and having a strike rate of 90 plus, it’s amazing and the way he controls the game till the last, similarly I also have to bat at five-six so I try to learn these things from him. He’s been a great influence in my cricket arena,” he added.

Meanwhile, Mahmudullah had taken over Bangladesh’s captaincy after Shakib Al Hasan was banned for two years. Mahmudullah has scored 4070 runs in 188 ODI matches at an average of 33.64.

The right-hander has shown the skills that he can play the big shots at crucial stages of the match and he has done a good job for Bangladesh. The right-arm off-spinner has also scalped 76 wickets in the 50-overs version.

MS Dhoni has been a source of inspiration for the players all around the globe. Dhoni was able to deliver the goods for almost 15 years for the Indian team.