Home » Cricket » I am at my peak, want to make a comeback – Jaydev Unadkat

I am at my peak, want to make a comeback – Jaydev Unadkat 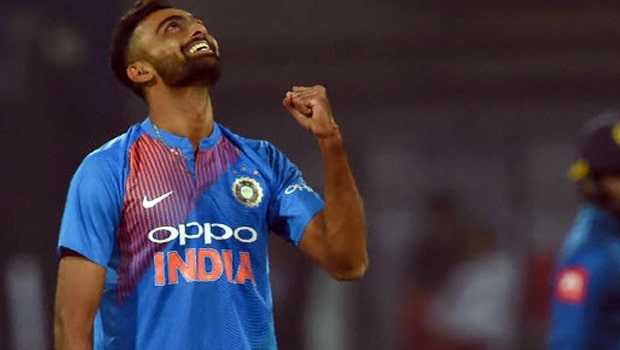 Saurashtra’s captain Jaydev Unadkat feels he is at the peak of his prowess after leading his state team to glory in the Ranji Trophy 2019-20. Unadkat finished the season as the leading wicket-taker with 67 wickets in 10 Test matches at a stunning average of 13.23. The left-arm took seven five-wicket haul and three ten-wicket haul in the recently concluded season.

Meanwhile, Unadkat had come up with a match-winning performance in the semi-final against Gujarat. The medium had scalped three wickets in the first innings and took seven in the second essay.

On the other hand, Unadkat has played a solitary Test match for the Indian team, which was way back in 2010. The 28-year old hasn’t been in the scheme of things for the national call-up but this staggering performance will bolster his chances of making a comeback.

Unadkat feels this is the best he has bowled in his career. In fact, the left-arm medium pacer believes it is not only about the wickets he has taken but also how confident he feels with his bowling, is the new platform on which he wants to rebuild his International career.

“It is the best I’ve bowled, am at my peak for sure,” Unadkat told ESPNCricinfo. “It’s not just about taking those wickets, but how well I am recovering game after game, how [much] fitter I am feeling. How I am bowling on a fifth day with an old ball. Those reveal a lot of things, much more than numbers or wickets I take. So in terms of those things, I would say I am at my peak. I’ve now got a lot of options of getting a wicket, which is always the thing a bowler looks for. You can’t be a one-trick pony, I have been trying to work on it.”

All the four national selectors were present when Jaydev Unadkat led Saurashtra to their maiden Ranji Trophy title. Unadkat’s tally of 67 scalps is the second most in the tournament behind Ashutosh Aman who claimed 68 for Bihar in the 2018-19 season.

The left-arm pacer who plays for Rajasthan Royals in the IPL, added he has got the hunger to make a comeback into national colours. Unadkat added that he wants to keep his good form going and hopefully he would be able to keep up the good work.

“I have still got that hunger to make a comeback. The hunger has been stronger than this and that actually kept me going throughout the season. To be honest, it was challenging to physically survive the season. Bowling those long spells as a fast bowler in almost every game. But as I said, hunger is more than ever before. I just want to keep this phase going. I don’t want to end it here. Yes we have won the trophy and I am the happiest captain in the world right now, but I still want this phase to keep going on and on for me. I want to keep going and leave no stone unturned.”

Jaydev Unadkat had a dream season and he would like to continue the same to keep knocking on the selection doors. Unadkat deserves to reap fruits for his hard yards and he will definitely be in the reckoning for national selection.