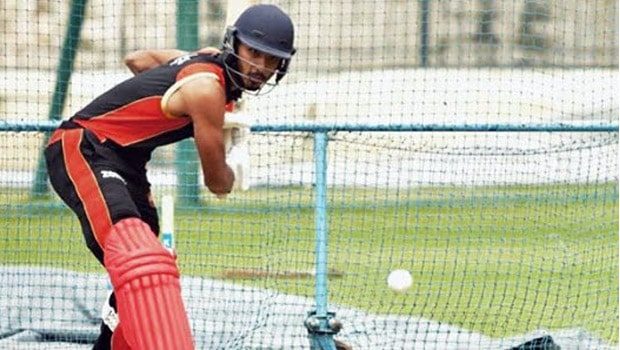 Renowned commentator Aakash Chopra has picked Australia’s limited overs captain Aaron Finch and Karnataka’s batsman Devdutt Padikkal as the opening pair for Royal Challengers Bangalore in the forthcoming season of the IPL 2020. Chopra wants Padikkal to open with Finch as he has backed AB de Villiers to keep wickets instead of Parthiv Patel.

Patel is expected to be the first choice wicket-keeper batsman of the side but Chopra wants to see young Padikkal get his opportunity. Karnataka’s Devdutt Padikkal was the highest run-getter in the 2019-20 Syed Mushtaq Ali Trophy as he racked up 580 runs in 12 matches at 64.44. The left-hander was roped for INR 20 lakhs by RCB.

Padikkal would aim to make the most of his opportunity and deliver the goods for the Virat Kohli-led team. The southpaw has impressed in the domestic circuit.

Meanwhile, Aaron Finch has been in decent form in the ongoing T20I series against England. The Australian skipper scored 46 and 40 in the first two matches against England. Finch would aim to provide good starts to RCB and it would be interesting to note his partner.

RCB have relied heavily on the shoulders of their skipper Virat Kohli and AB de Villiers. Ergo, the opening pair is going to play a crucial role in the success of the team.

“Devdutt Padikkal is an outstanding young talent. You have taken Aaron Finch and you should play him definitely and give him the chance to open.”

RCB will play their opening matches against Sunrisers Hyderabad on 21st September at Dubai International stadium.