Home » Cricket » I am not gutted about IPL snub – Hanuma Vihari

I am not gutted about IPL snub – Hanuma Vihari 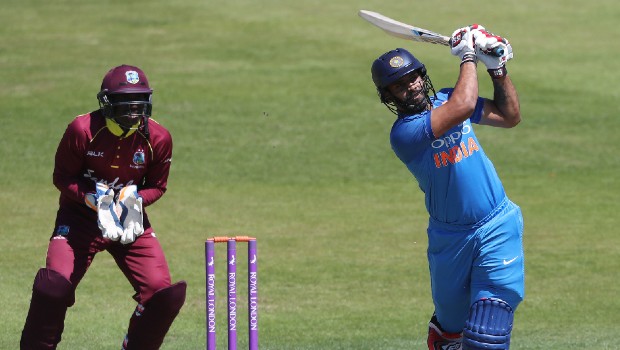 The Indian Test specialist Hanuma Vihari said he is not losing sleep over the IPL snub. Vihari could not attract any buyers in the IPL 2020 auctions back in December as he remained unsold. The Andhra skipper was roped in by Delhi Capitals for IPL 2019 but he hardly could break into the final XI.

Meanwhile, Vihari is mostly picked in the Indian Test team when they are playing in overseas conditions. However, the right-hander mostly has to warm the benches in the Indian conditions as the think tank goes in with a combination of extra bowler. Vihari has thus far shown the promise to be a Test specialist but he believes he can play in all the three forms of the game for the national side.

Hanuma Vihari has thus far played 74 List A matches in which he has scored 2927 at an average of 45.73. The right-hander has scored four centuries and 19 fifties. Furthermore, he has scored 1355 runs in 74 T20 matches.

“I realised that when things are not in your control, you can’t do much about it. No regrets. I am not gutted about IPL (snub). My focus always was on Tests from an early age and I am happy I could achieve whatever I did,” Hanuma Vihari said while talking during a live Instagram interaction.

Hanuma Vihari has played nine Test matches so far for the Indian team in which he has scored 552 runs at an average of 36.80. The right-hander has scored four fifties and one century and he has shown the right temperament while batting.

Vihari had a successful tour of West Indies in 2019 as he was the leading run-scorer of the two-match series. The right-hander scored 289 runs in two matches at an average of 96.33. Vihari also played a gutsy knock of only eight runs as he faced 66 balls when he was asked to open the innings in the Melbourne Test against Australia on 2018-19 tour.

The 26-year old had impressed on his Test debut as he scored a fifty against England in the arduous conditions. Meanwhile, Vihari has played 24 IPL matches in which he has scored only 284 runs at a paltry average of 14.2 and strike rate of 88.47. Thus, the Andhra batsman will need to improve his numbers to break into the IPL.