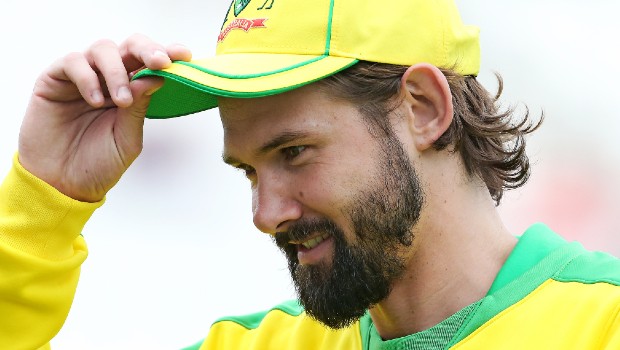 Australia’s fast bowler Kane Richardson is looking forward to playing alongside Indian captain Virat Kohli in the upcoming Indian Premier League. Richardson was roped in by Royal Challengers Bangalore for INR 4 crores in the IPL auction. The right-arm fast bowler has played 14 IPL matches in which he has scalped 18 wickets.

Richardson is excited to share the dressing room with the likes of Virat Kohli and AB de Villiers, who are the best batsmen in the business. It is well known that Kohli plays with a lot of passion and Richardson wants to learn as much as he can from his RCB skipper.

Richardson added that playing with Virat Kohli will help him understand what ticks the Indian captain and he is eagerly looking forward to the opportunity. Kohli is known to give his 120% on the field and he can motivate his teammates to push the envelope.

Furthermore, Richardson will also get the chance to share the dressing room with Dale Steyn who has all the experience in the world. Thus, there would be a lot to learn for the 29-year old Australian.

“There are loads I can learn from Dale. He has been amongst the best at the highest level for so long. His control and ability to swing the ball without losing his pace is really impressive. I look forward to getting in his ear about how he performs so consistently over a long period, in all forms,” said Richardson.

Kane Richardson has impressed in the limited-overs format and he would like to be at his best in the IPL. However, with foreign players like AB de Villiers, Aaron Finch, Chris Morris and Moeen Ali already in the RCB team, it would be interesting to note how many opportunities Kane Richardson will receive as only four foreign players can feature in the final XI of a team.

Richardson has good variations like the slower ball under his repertoire and he would aim to deliver the goods for RCB. The franchise has had bowling woes in the past and Richardson would like to impress with his skills if he gets the opportunity.

The IPL will begin in the UAE from September 19 and Richardson is one of the 12 Australian players who have signed up for the lucrative T20 league.