I bat the same way as Rishabh Pant does: West Indies’ Jermaine Blackwood 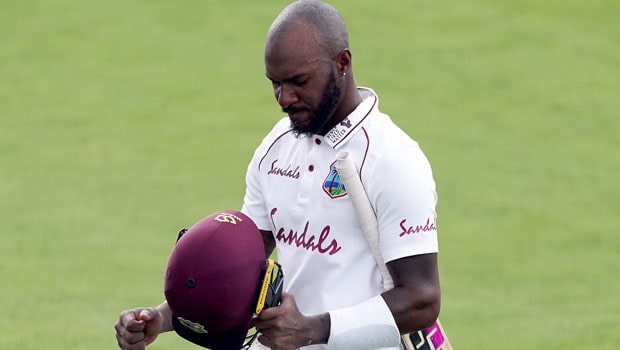 West Indies batsman Jermaine Blackwood believes that his batting style is quite similar to that of India’s wicket-keeper batsman Rishabh Pant and he also said that he sure about India’s chances of winning the final Test at Gabba if Pant stayed there till the very end.

“I was following the series between India and Australia. During the fourth innings with an hour left, I was saying to myself that once Rishabh Pant is there, you’re going to win. I think we have the same batting style,” Blackwood told ESPNCricinfo.

Backing his claim further, Blackwood said that Pant always tries to put the bowler under pressure, which is quite similar to his style of batting in the longest format.

“He looked to score and a player who puts bowlers under pressure. That’s the same way I bat. I was just rooting for him because I know he was under a little bit of pressure. He is a very cool guy,” Blackwood added

Pant was kept out of the XI for the first Test at Adelaide but he proved his worth once he was drafted back into the side since the second Test at Melbourne. His 97 at the SCG helped India to draw the Test whereas his 89* at Brisbane guided India to a memorable victory. His knocks played a crucial role in helping India to a 2-1 series win over the host.

Blackwood had played a similar knock like Pant against England in Southampton last year. He had scored 96 off 154 deliveries to help West Indies chase down 200 in the fourth innings. Moreover, like Pant, Blackwood’s journey to international cricket hasn’t been easy either.

“I think I have been out of the West Indies team for almost three years,” he said on his routines while being away from the national team. “On the sidelines, I did some work on my mental space. I trained twice a day and hit the gym every day. I put in a lot of hard work to be as fit as possible. I tried to come back as strong as possible. You can see the results. I am better at my shot selection, I am starting to understand my game very well, [and] I want to continue to do the same going forward.”